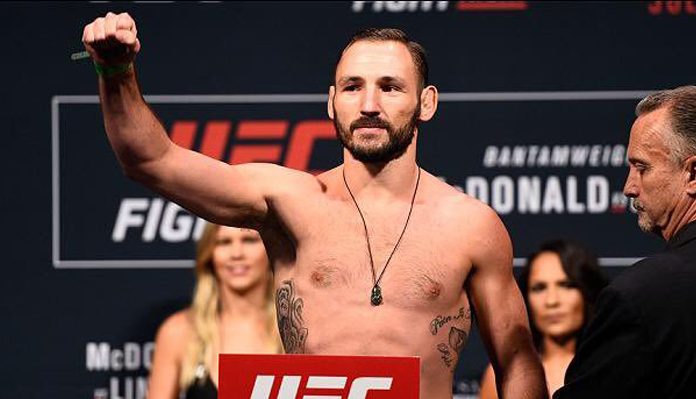 Round one begins and Mariano starts things off with a high kick and then a front kick. Vannata responds with a low kick. Lando with some pressure now. He backs Mariano against the cage. Marcos with a body kick and then a spinning attack. Vannata avoids and both men land low kicks. Vannata gets inside and lands a big takedown. He begins working from guard and landing some elbows. Vannata with some good ground and pound. Mariona is trying to hang on here. Big shots from Lando. Punches and elbows. Vannata ends up in north-south position and secures a kimura. He cranks the submission hold and this one is all over.

UFC 234 Result: Lando Vannata def. Marcos Rosa Mariano via submission (kimura) at 4:45 of Round One

UFC 234 main event is up next – Anderson Silva vs. Israel Adesanya.

ICYMI: Robert Whittaker vs. Kelvin Gastelum cancelled due to an injury suffered by “Bobby Knuckles”.