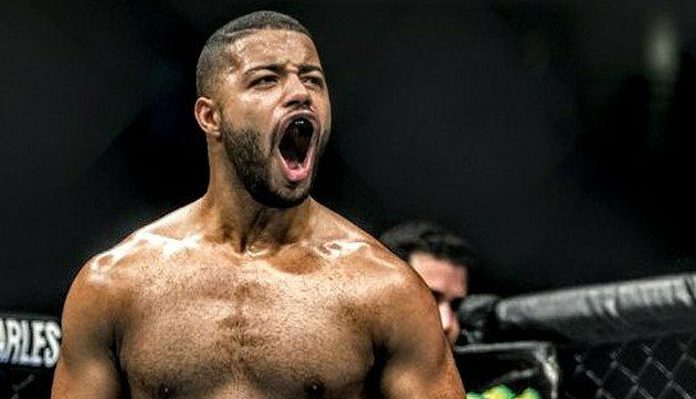 UFC middleweight Trevin Giles has released a statement after fainting before his fight against Kevin Holland at UFC Vegas 5.

Giles was set to open up the main card against Holland. However, he fainted while getting ready to walk to the Octagon and the fight was called off at the last second. Giles woke up soon after and said that he still wanted to take the fight, but the Nevada State Athletic Commission called the fight off due to the health and safety of Giles, who also works as a police officer in Houston.

It was a scary situation to be sure, but thankfully Giles should be okay. The fighter released a statement on his social media following the event from the hospital, assuring fans that he feels better. Check out what Giles posted on his Instagram below.

All good everyone. Thanks for the concern. I’ll be back soon.

All good everyone. Thanks for the concern. I’ll be back soon.

“Everybody, I’m all good. At the hospital here. Not sure what really happened, but the fight ended up being canceled as all you guys know. But I’m all good, I feel healthy. It’s a shame that this fight couldn’t happen, but I guess the big picture is I’m good. I guess Holland we’ll have to reschedule that man. I appreciate the support and everybody worrying about me,” Giles said in his video statement.

Giles (12-2) has a 3-2 overall record in the UFC with wins over James Krause, Antonio Braga Neto, and James Bochnovic, and losses to Gerald Meerschaert and Zak Cummings. In his last fight, he put on an excellent performance against Krause in a short-notice booking that won the pair “Fight of the Night” at UFC 247: Jones vs. Reyes.

Giles was originally set to fight Jun Yong Park at UFC Vegas 5 but Park had visa issues that allowed Holland to fill in and take the fight on short notice. As Giles said in the video, he wants the UFC to run the fight with Holland back, although at this point it’s not clear when Giles will be cleared by the commission to fight again. Out of an abundance of caution, the commission could very well make Giles take some time off and pass some tests before he’s able to compete again. At this point, it’s hard to say.