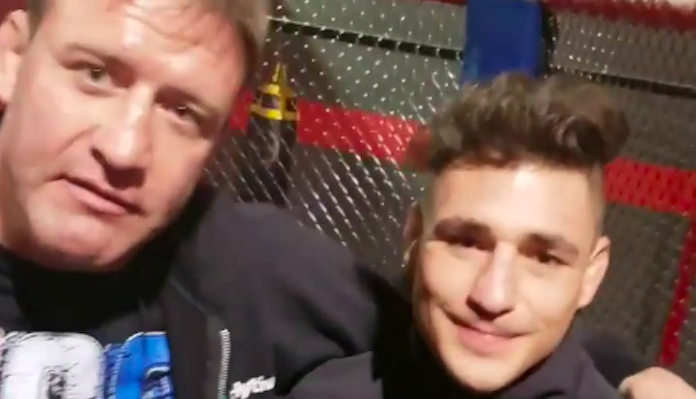 Sanchez and Bonnar got to know each other on season one of The Ultimate Fighter, but the pair have recently reconnected, and Bonnar will actually corner Sanchez in his UFC 253 undercard fight with Jake Matthews.

Speaking to James Lynch of Line Movement, the pair discussed their renewed friendship. Bonnar ended up sharing a story set in the mountains outside Sanchez’s native Albuquerque, which also involved a dose of psychedelics and some UFOs.

“When I was down in Albuquerque, we hung out in the mountains together,” Bonnar said (via MMA Junkie). “Sixteen years ago on The Ultimate Fighter, [Sanchez] said, ‘Dude you’ve got to come down to the mountains in Albuquerque and we can see some UFOs together under the stars.’ Here we are. Finally, I took him up on it. It took me long enough.

“Beyond a shadow of a doubt (I saw UFOs),” Bonnar added. “Was I under the influence of psychedelics? Yes, but I definitely saw bright lights moving around.

While fans are bound to enjoy this story from Bonnar, it’s certainly interesting to note that he’ll be cornering Sanchez at UFC 253. In his past two fights, Sanchez has had only one person in his corner: his controversial coach Joshua Fabia, who has no martial arts experience. News that Sanchez has enlisted the help of Bonnar, who is an experienced mixed martial artist, will likely go over well with his fans and naysayers alike.

The man himself also seems excited about this new arrangement with Bonnar.

“The world and the universe goes full circle,” Sanchez said. “We came full circle. This is my boy and he’s going to be supporting me (and) helping me. I’ve got another cornerman.”

Do you think Diego Sanchez will benefit from having Stephan Bonnar in his corner this weekend?