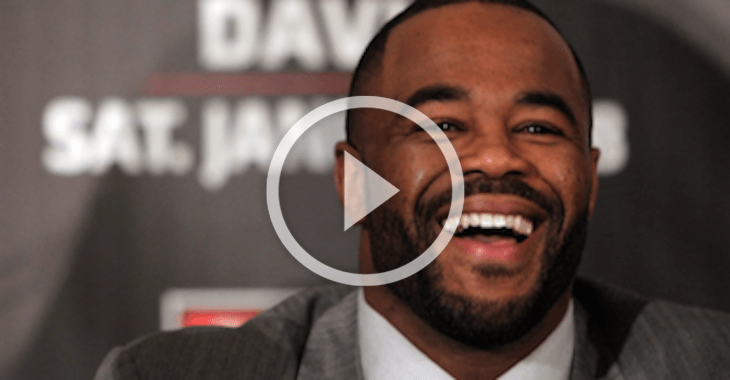 This story has been told before. The tale of UFC fighters Rashad Evans and Georges St-Pierre, along with car full others, driving through New Mexico one night and looking up in the sky to see what they insist was a UFO.

Well, during a recent interview on OTR, the former UFC light heavyweight champ was asked about it and he once again said that he 100% believes that it was in fact a UFO, from another planet. All parties involved have spoken about it and all of them say the same thing. So, what are your thoughts, do they live among us or are Evans and GSP just victims to a hoax?

I mean, they did just discover liquid on Mars didn’t they?

All I know is, I want to believe.