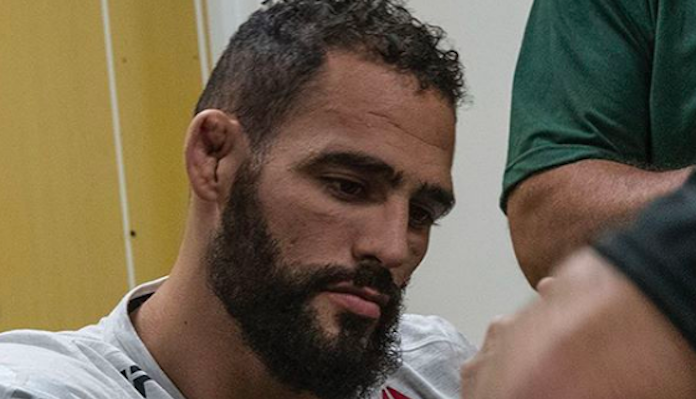 After face-planting long time contender Neil Magny in the UFC Argentina main event on Saturday night, Santiago Ponzinibbio wants a welterweight title shot. The Argentine knockout artist, who is currently on an eight-fight win-streak — the second best streak in the division — called for a title shot post-fight.

Unfortunately for him, UFC welterweight champion Tyron Woodley doesn’t seem interested in this fight just yet. Woodley, who was working the Fox Sports desk as an analyst for the UFC Argentina card, denied Ponzinibbio’s call and encouraged him to keep working.

“Take a number, bruh,” Tyron Woodley said to Santiago Ponzinibbio. “Everyone wants a crack at the king.”

While Woodley was quick to deny that Ponzinibbio is next in line, he did acknowledge that the Argentine striker could get the opportunity if his next opponent were to get injured.

“The thing is, I don’t necessarily want to see him face anybody,” Woodley said. “If you’re in the top-10, you’re always one victory away from fighting for the title shot. Somebody can get injured, a last-minute replacement. You’re always there in position.

“Just keep fighting, keep winning and you’re going to get a chance to get across the octagon and see what everybody else thought they wanted, and that’s catching the fade.”

Tyron Woodley’s next fight is not yet official, though it sounds as though he could defend his title against interim welterweight champion Colby Covington at UFC 233 on January 26, as first reported by James Lynch. This means Santiago Ponzinibbio will probably have to accept another fight in the meantime.