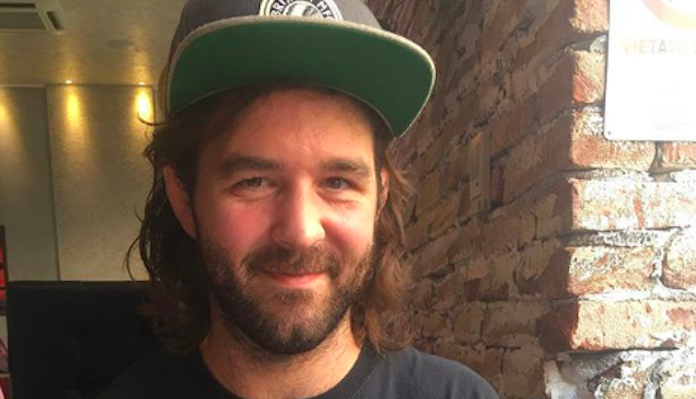 Earlier this week, UFC veteran Cody McKenzie was hit with a four-year suspension for providing a ‘urine substitute’ in a drug test administered ahead of his cancelled fight with JD Domengeaux at Tuff-N-Uff: Fight Night.

Here’s how a NSAC official told the at the hearing (which Cody McKenzie was not present for):

“On Sept. 14, 2018, prior to his contest at the Orleans Hotel, he was given a valid request by a commission representative to provide a urine sample before his bout, but the respondent, Mr. McKenzie, refused and declared that he was going to go to his room and would not provide a sample until it was closer to his bout. When the respondent did return and provide a sample, the sample itself registered as abnormally high – in temperature, that is. When he was confronted about this, he made several representations including that if ‘this’ got out, he would lose his job, as well as an admission that he had smoked pot that day.

“When the respondent was asked if he had anything hidden on his person, had at first denied it, but upon further questioning, he ultimately relinquished from his clothing a bottle of urine substitute. This bottle, which he had concealed on his person, in his clothing, was capped with a nozzle that would let its liquid contents be streamed from it. The bottle, itself, contained a warm, yellow-tinted liquid that match the false contents of the sample he provided. Additionally, the bottle had a hand-warmer attached to it by a rubber band. This conduct by the respondent is not only an anti-doping violation, but it also violated other regulations that govern the commission.”

Unfortunately, this is not where the ugliness ends. Having been hit with this four-year ban, which effectively ends his ability to fight on North American soil for the foreseeable future, Cody McKenzie is now accusing a NSAC official of sexual harassment.

“They said if I didn’t piss in a cup right before my fight — literally I was warming up — my fight was about to happen in five minutes and they’re yelling at me, telling me I need to take the piss test and I’m like, ‘No, I can’t take a piss right now. I’m warming up for my fight. I’ve never f*ckin’ taken a piss in my life before a fight. I’ve fought for 15 years. Leave me alone,’” Cody McKenzie told MMA Fighting. “We start fighting back and forth, they started saying we’re not going to let you fight unless you f*ckin’ piss in the cup. So I f*ckin’ just went in the bathroom and poured something in the cup and it was funny because I was telling them I wasn’t going to let them watch me pee.

“And one of the [commission inspectors] whipped out his f*ckin’ dick, ‘cause he’s like, ‘Oh, it’s not that f*ckin’ hard.’ And he takes his dick out and shakes his dick at me. I was like, ‘Dude, that’s f*ckin’ sexual harassment.’ You can’t do that. That’s bullshit, you know? There was five or six witnesses standing right there. Nothing ever came out about it. I talked to the commission about it countless times, they just keep saying there’s an investigation going on, which I haven’t heard a thing about it, they won’t talk to me about any of it. I’m like, ‘You guys are ridiculous. You guys are f*ckin’ crazy.’ That’s nuts to me. You don’t pull your dick out and shake it at somebody, especially in this day and age.”

“They haven’t fired the guy that I’ve heard of, I haven’t heard of any repercussions coming their way. It’s just a bunch of bullshit. The Nevada State Athletic Commission’s just a joke.”

In a response to MMA Fighting, NSAC director Bob Bennett assured this accusation from Cody McKenzie is inaccurate, and that the accused harasser no longer works for the commission.

“[McKenzie’s] allegations are not accurate,” Bennett said. “We’re currently looking into the matter accordingly. At the current time, that inspector is no longer working events for us.”

Cody McKenzie’s cancelled fight with Domengeaux was supposed to be the last of his career. With this fight off the table, and this massive suspension preventing him from fighting in North America, he seems to be done with this whole MMA racket.

He says there’s just no money in it, and he’s better off working more traditional jobs.

“That was going to be my last fight ever,” Cody McKenzie said. “That was my retirement fight. I haven’t trained for five years for a fight. I work jobs now to keep a roof over my family’s head, I don’t have time to train all the time anymore. There’s no money in it.

“I fought Chad Mendes, the No. 1 ranked guy in the world at the MGM Grand and made 10 grand. What’s the point, you know? I fought in The Ultimate Fighter and fought three guys back-to-back and made $8,000 when I was already 28 grand in debt. There’s no money in the sport, there’s no point in doing it for me anymore. I was a fan favorite, I had a big fan base, but that’s all I had. I didn’t have any money coming my way ever, so I just gave up on the sport about five or six years ago and my record shows it.”

While Cody McKenzie says he’s now hanging up the gloves for good, he assures that he never, ever did steroids.

“Does it f*cking look like I do steroids? Hell no. I’ve never done steroids in my life. Like the commission cares. If you do steroids, you don’t even get in trouble.”

What do you make of this complicated situation between Cody McKenzie and the NSAC?