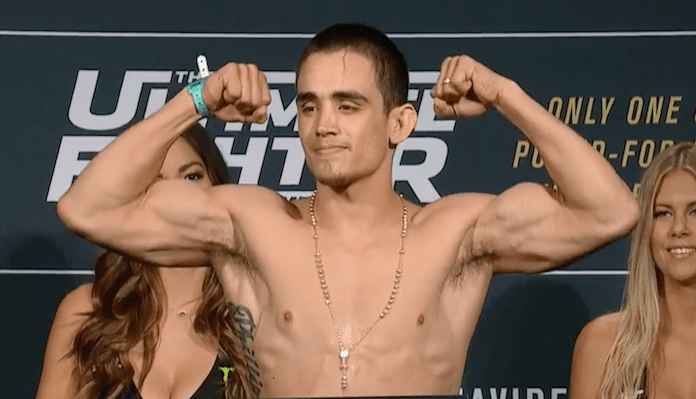 Former UFC flyweight contender Ryan Benoit has been suspended for 10 months by USADA after testing positive for a banned substance.

USADA announced in a press release that Benoit tested positive for modafinil, which is a sleep disorder drug, following his decision loss to Zarrukh Adashev at a UFC Fight Night card back in July. Not only did Benoit lose that fight, but the UFC later cut him from the roster, and now he has been hit with the news that he has been suspended for 10 months.

Benoit, 32, tested positive for modafinil and its metabolite, modafinil acid, as the result of a urine sample collected on July 31, 2021 at UFC Fight Night 194. Modafinil is a Non-Specified Substance in the class of Stimulants and is prohibited in-competition under the UFC Anti-Doping Policy and UFC Prohibited List.

USADA determined that Benoit was eligible for a reduction to the otherwise applicable two-year period of ineligibility based on the circumstances of the case, including the fact that he established that his use of the prohibited substance occurred out of competition. He also received a reduction for his Full and Complete Cooperation.

Benoit’s 10-month period of ineligibility began on July 31, 2021, the date his positive sample was collected. Benoit’s positive test also falls under the jurisdiction of the Nevada State Athletic Commission, which has resolved the case in accordance with its rules.

Benoit had a knockout win over Sergio Pettis in the UFC and he also had a close split decision loss to the current UFC flyweight champion Brandon Moreno. But after losing three straight fights to end his UFC career, he was cut, and now he is a free agent.

What do you think is next for Ryan Benoit in his MMA career after being let go by the UFC and now being suspended by USADA for 10 months after using a banned substance?