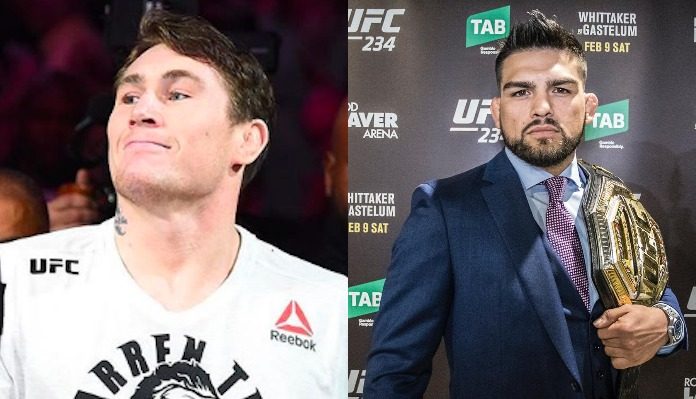 The co-main event this past weekend was a tactical affair, with Till coming out on top via split decision. The fight certainly had its moments with both men getting in a few good shots, but in comparison to some of their previous outings in the Octagon, it didn’t have the same kind of spark in the eyes of many fans.

One man who had something to say about that was Fabricio Itte, a close friend and coach of the former champ Whittaker. Itte watched the fight alongside Whittaker on their Grange TV platform and had some thoughts in the immediate aftermath of the result.

Itte has always had a way with words and it seems as if he’s going to maintain that reputation as we look ahead to Whittaker’s highly anticipated return to action.

Whittaker has already made it known that he wants to get back in there fairly soon, with the man himself claiming in the above video that he believes he will have to fight Darren Till following the Liverpudlian’s win.

If that is the fight Dana White decides to make, you could argue it’ll wind up being a title eliminator given how close both guys are to the top of the rankings. Either way, though, the 185-pound division is as hot as it has been in a long, long time.

Do you want to see Robert Whittaker fight Darren Till next?