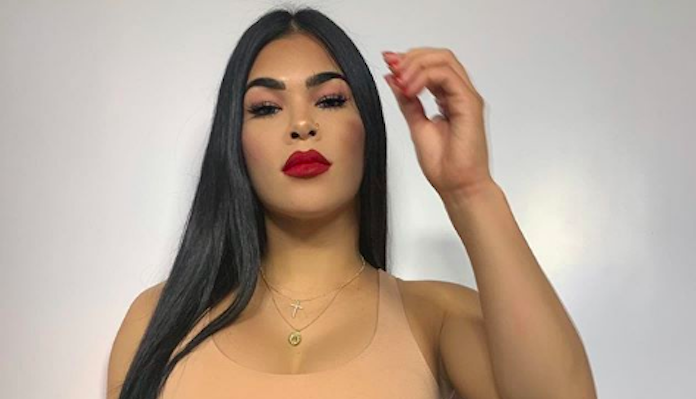 Ostovich tested positive for ostarine and GW1516 during an out-of-competition drug test collected on January 3, 2020. The banned substances were found in a tainted supplement that Ostovich used, as the label on the supplement did not indicate these substances were in it. This led to USADA reducing the suspension from the standard two years to one year, and that was further reduced to eight months due to time served from a 2019 atypical finding which USADA cleared Ostovich of. She may return to the UFC on August 3, 2020.

You can read USADA’s full statement on Ostovich below.

USADA announced today that Rachael Ostovich-Berdon, of Waianae, Hawaii, has accepted a one-year sanction for her violation of the UFC® Anti-Doping Policy (UFC ADP) but has received a four-month credit to her sanction due to time served under a provisional suspension in the latter half of 2019 for an atypical finding that was being investigated by USADA and which did not result in a sanction once the 2019 UFC ADP was announced, making her total period of ineligibility eight months.

Ostovich-Berdon, 29, tested positive for ostarine and GW1516 (also known as GW-501516) metabolites GW1516 sulfone and GW1516 sulfoxide as the result of a urine sample collected out-of-competition on January 3, 2020. Ostarine is a non-Specified Substance in the class of Anabolic Agents and GW1516 is a non-Specified Substance in the category of Hormone and Metabolic Modulators. These substances are prohibited at all times under the UFC ADP and UFC Prohibited List.

During an investigation into the circumstances of the positive test, Ostovich-Berdon identified a supplement she had tried which was analyzed at the World Anti-Doping Agency-accredited laboratory in Salt Lake City, Utah. Although ostarine and GW1516 were not listed on the supplement label, the analysis revealed that the product contained ostarine and GW1516, the substances for which Ostovich-Berdon tested positive. The product label listed another prohibited substance, but Ostovich-Berdon did not realize at the time that it was prohibited. Consistent with other cases with similar circumstances, USADA determined that a small reduction from the default two-year period of ineligibility was justified.

Ostovich-Berdon received an additional reduction to the otherwise applicable period of ineligibility for her Full and Complete Cooperation. Under the revised UFC ADP announced on November 25, 2019, a Full and Complete Cooperation reduction may be granted in the event that an athlete demonstrates that they did not intend to enhance their performance and provided full, prompt, and truthful responses and information to all reasonable inquiries and requests for information.

Also under the revised UFC ADP, if a situation arises where an athlete tests positive and is able to demonstrate by clear and convincing evidence that the cause of the positive test was due to a supplement certified by one of the certifiers in the UFC rules, he or she will not be subject to an anti-doping policy violation and will be permitted to compete after follow-up testing and when there is no performance enhancing benefit in question. In this case, the supplement Ostovich-Berdon identified was not a Certified Supplement, and she is therefore subject to an anti-doping policy violation. And the supplement has been added to the High Risk List of products maintained on USADA’s online resource Supplement 411.

Ostovich-Berdon’s period of ineligibility began on January 3, 2020, the date her positive sample was collected.

Ostovich (4-5) was a competitor on The Ultimate Fighter 26. She has a 1-2 record in the UFC with her last fight being a submission loss to Paige VanZant in January 2019.

Who do you want to see Rachael Ostovich fight when she returns to the Octagon?