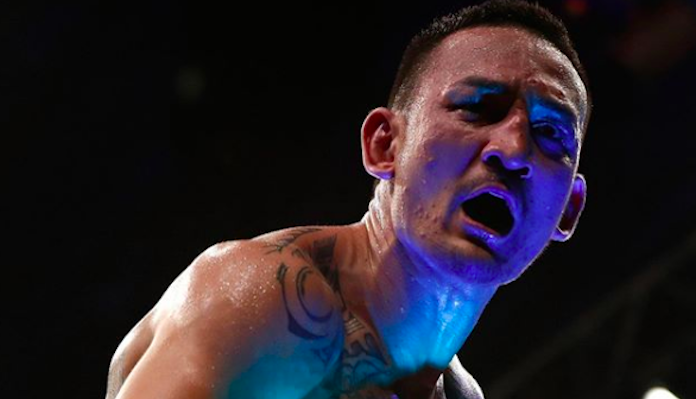 Max Holloway put his featherweight title on the line against Frankie Edgar in the headliner of tonight’s UFC 240 event in Edmonton.

Holloway was returning to action for the first time since having his thirteen-fight win streak snapped by Dustin Poirier at April’s UFC 236 event in Atlanta.

After coming up short in his bid to obtain the promotions interim lightweight championship, Max Holloway (20-4 MMA) was dropping back down to the featherweight division that he has ruled over since 2017.

‘The Answer’ entered tonight’s contest having gone 3-1 over his past four fights, which included impressive wins over Jeremy Stephens and Yair Rodriguez.’

Tonight’s UFC 240 main event lived up to the hype as Max Holloway and Frankie Edgar proceeded to go to war for twenty-five straight minutes.

When all was said and done, it was clear that Holloway had done enough to retain his title after five rounds of trading strikes with Edgar.

Check out how the pros reacted to Max Holloway defeating Frankie Edgar in tonight’s UFC 240 main event below:

Max looks as fresh as he has ever looked at 145lbs here before this bout begins.
I’m excited for this one guys!
Both men look fresh.
Let’s get ready to rumble!!!

@FrankieEdgar is the man, you can see in his face he put his everything into this goal. But @BlessedMMA is the man! The best featherweight champion of all time. #blessedexpress

Man great fight so far dangit I have no idea who do you thinks winning? #UFC240

Who would you like to see Max Holloway fight next following his victory over Frankie Edgar this evening at UFC 240 in Edmonton? Sound off in the comments section PENN Nation!