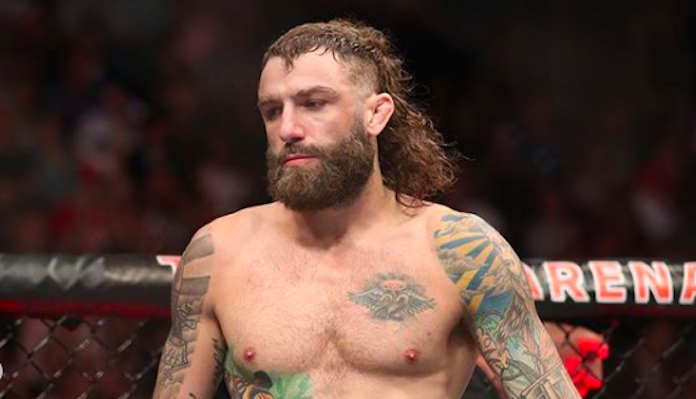 Chiesa (18-6 MMA) entered today’s contest looking to rebound, this after suffering a first round submission loss to Vicente Luque in his most recent Octagon appearance. Prior to that setback, ‘Maverick’ had reeled off three straight wins, including a stoppage victory over Carlos Condit.

Meanwhile, Sean Brady (15-0 MMA) was looking to keep his perfect record intact when he squared off with Chiesa this evening. The Philadelphia native was coming off a submission win over Jake Matthews in his most previous effort at UFC 259.

Tonight’s UFC Vegas 43 co-main event proved to be a grueling three round affair. Sean Brady was able to utilize his wrestling skills to seemingly get the better of Michael Chiesa in rounds one and two. However, ‘Maverick’ would storm back with a big round three leaving the result in the hands of the judges. After fifteen minutes of action, Brady was awarded the unanimous decision win.

Check out how the pros reacted to ‘Chiesa vs Brady’ below:

I’m going @seanbradymma in the 2nd by submission

I think Sean mauls him Baddddddd

Grappling with Sean is a different kind of experience man , these guys don’t get to feel this kind of strength on a normal basis , it’s shocking

Whoaaaa this ending made it interesting

Brady vs Chimaev. Book it!

Welcome to the TOP 10 my boy!!! @seanbradymma LETS GO!!! #FightNight

Who would you like to see Sean Brady fight next following his decision victory over Michael Chiesa at today’s UFC Vegas 43 event? Share your thoughts in the comment section PENN Nation!