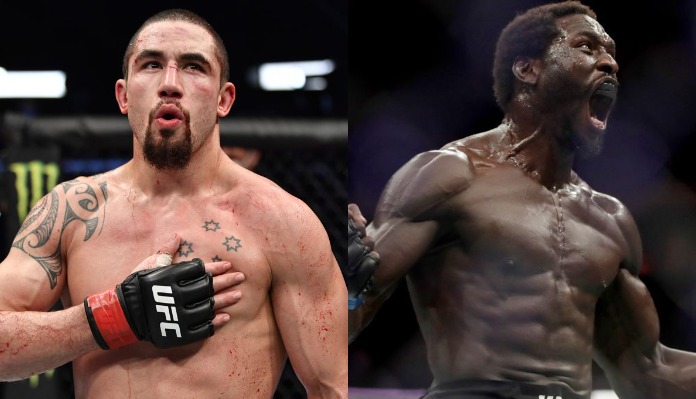 Cannonier (13-4 MMA) had entered today’s contest on a three-fight winning streak, his latest being a TKO victory over Jack Hermansson at UFC Copenhagen in September of 2019. Prior to defeating ‘The Joker’, Cannonier had earned TKO wins over former MMA champions in Anderson Silva and David Branch respectively.

Meanwhile, Robert Whittaker (21-5 MMA) was looking to build off the momentum of his recent win over Darren Till when he squared off with Cannonier at UFC 254. The former middleweight champion was hoping that an impressive win over ‘The Killa Gorilla’ will earn him a rematch with Israel Adesanya.

UFC President Dana White has already confirmed that if Jared Cannonier can defeat Robert Whittaker at UFC 254, he will then receive the next title opportunity against reigning middleweight kingpin Israel Adesanya.

Tonight’s UFC 254 co-main event proved to be a grueling three round contest. Both Robert Whittaker and Jared Cannonier had their moments, but after fifteen minutes of action it was clear ‘The Reaper’ had done enough to be awarded victory.

Check out how the pros reacted to Whittaker defeating Cannonier below:

Why has cannonier still got his comb in his hair warning up. #UFC254

Man Whittaker has to start checking these kicks

Man that is a tough round to call. I go Cannonier 10-9

Retweet if you think title eliminators should be 5 rounds. Whittaker vs Cannonier deserves a full 25. @ufc

Low kicks were a good idea, but you need so much more to win with Whittaker. Precise boxing in all rounds and this great high kick in the third by Robert. Congrats @robwhittakermma.

What a round for @robwhittakermma #UFC254 @ufc

Congrats to Whitaker!!! He’s the man !

Who would you like to see Robert Whittaker fight next following his decision victory over Jared Cannonier today on Yas Island? Share your thoughts in the comments section PENN Nation!