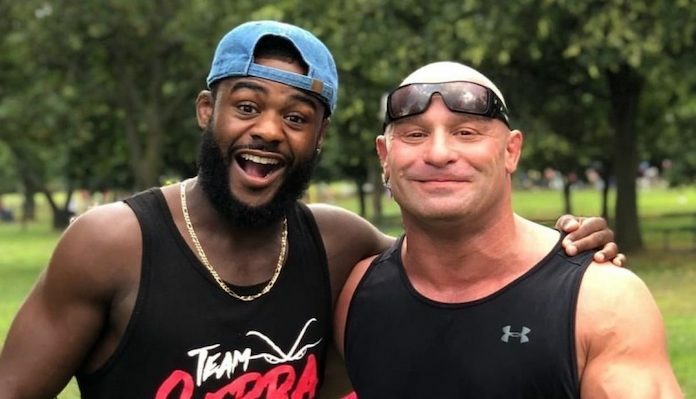 Aljamain Sterling and Matt Serra appear to be on good terms.

In the lead-up to UFC 259, Sterling was training at Xtreme Couture in Las Vegas and added Eric Nicksick to his corner. With the addition of Nicksick, Serra was removed from the corner, and the former welterweight champion admitted he was very upset by the news. The former UFC welterweight champion also announced his retirement from cornering fighters which caused a ton of backlash on Sterling, who was already feeling the heat following the illegal knee DQ finish in the Petr Yan fight at UFC 259.

On Tuesday, however, Sterling took to social media with Serra and the UFC belt around his shoulder. The longtime coach and the longtime student appear to be on good terms now.

In this together no matter what!
•#Jedis #Family #UFCChamps pic.twitter.com/63PjmfupQc

“In this together no matter what!” Sterling wrote.

Matt Serra then followed that up with a video released on his Instagram explaining what happened and how he and Aljamain Sterling will always be cool with each other.

“People have been giving Aljamain Sterling a lot of hate,” Serra said in the video (via MMAMania). “One because of the knee, and two because they think me and him have some beef or something like that. It’s true, I’m stepping away from cornering for now, spending time with the family, but myself and the ‘FunkMaster’ are always gonna be cool. I’m gonna help him defend this belt.”

Aljamain Sterling is expected to defend his bantamweight title against Petr Yan sometime in the very near future. The two have unfinished business after what happened at UFC 259 with Sterling winning the title due to Yan being DQ’d due to an illegal knee. Although Matt Serra won’t be in Sterling’s corner for the rematch, he will still coach and train him and get him ready for the fight.

Regardless, it’s good to see Aljamain Sterling and Matt Serra make amends as the two have been friends for several years now.

What do you make of Aljamain Sterling and Matt Serra getting back on good terms?