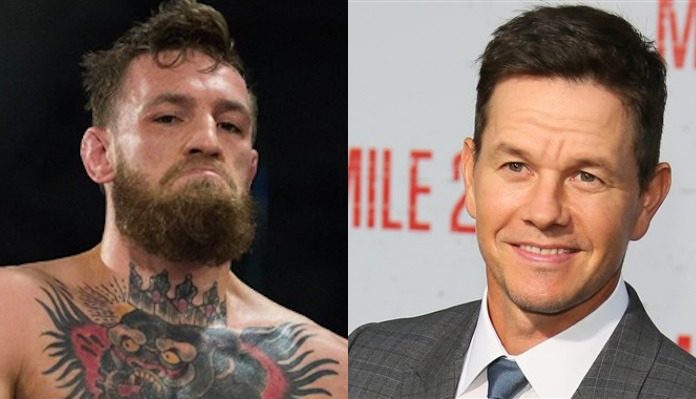 The online sportsbook BetOnline has seemingly pegged Conor McGregor, one of the most accomplished mixed martial artists of all time, as a mere -500 favorite against the untrained actor. Wahlberg, meanwhile, has been identified as a +300 underdog.

BetOnline have also released a line for this as well as Conor McGregor and Mark Wahlberg pic.twitter.com/lRTVis29hF

For context, consider this:

These odds suggest Mark Wahlberg has a better chance of beating Conor McGregor than Denis Siver — an actual fighter — did when he fought the Irish star in 2015. Props to Everlast’s Nick Dwyer for that unfathomable piece of information.

Dennis Siver was a bigger underdog against Conor than Mark Wahlberg. https://t.co/EMq0jxpwKS

It’s not clear what exactly the oddsmakers are thinking here.

Perhaps they saw The Fighter, a 2010 drama in which Mark Wahlberg played a boxer, and thought it was a documentary. Maybe they just assumed all buff guys can fight. Whatever the case, this line seems absolutely egregious given that McGregor has dedicated his entire life to fighting, and Wahlberg has only ever done it in movies.

Then again, it’s extremely unlikely this fight ever happens. Conor Mcgregor has repeatedly expressed interest in it, but it’s hard to imagine Mark Wahlberg, who seems like the kind of person who values his physical wellbeing, ever accepting a matchup with the Irishman. Yes, crazy things do occasionally happen. McGregor fought Floyd Mayweather in the boxing ring. Baseball player Jose Canseco once fought hulking Korean kickboxer Hong Man Choi under MMA rules. But this one is frankly outside the realm of the plausible.

I challenge Mark Walhberg on the very same card.
Back when mark wahlberg was marky mark, I’d’ve still slapped the ears off him and took my ufc shares back.#Shares #Streams #Dazn #Espn
McGregor Sports and Entertainment

“I challenge Mark Walhberg on the very same card. Back when mark wahlberg was marky mark, I’d’ve still slapped the ears off him and took my ufc shares back. #Shares #Streams #Dazn #EspnMcGregor Sports and Entertainment.” – Conor McGregor on Twitter