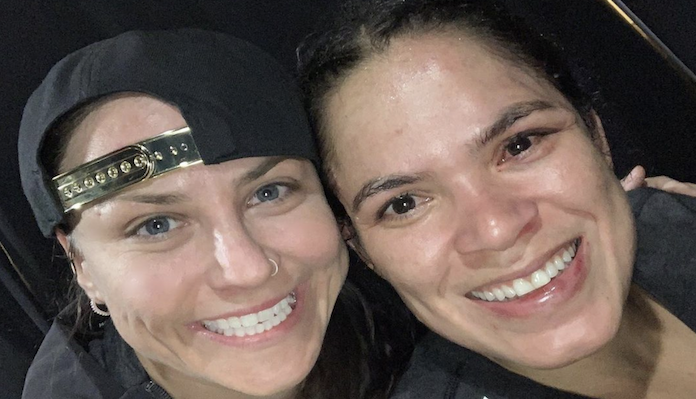 Amanda Nunes was scheduled to fight rival Julianna Pena in the co-main event of UFC 265 next Saturday night at Toyota Center in Houston, Texas, but the fight was scratched this week after Nunes was forced to withdraw due to a positive COVID-19 test. According to the UFC, the plan is for the promotion to rebook Nunes vs. Pena later this year for the women’s 135lbs belt, with December being thrown around as a potential date. But according to Nina Nunes, she and her wife have tested negative for COVID-19 and are already feeling better.

Taking to her social media in the days following Nunes’ withdrawal from UFC 265, “The Strina” revealed the good news that, after nearly two weeks of being sick from COVID-19, she and “The Lioness” are now feeling much better and have both tested negative for it. 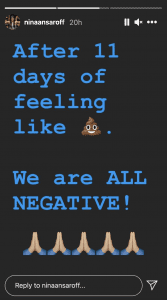 After 11 days of feeling like (crap) we are all negative!

It’s certainly good news that both the Nunes fighters are feeling better now, so hopefully, both women are able to get back into the gym soon and get back to training for their upcoming fights. For Nina Nunes, she is coming off of a submission loss to Mackenzie Dern in her last fight following a two-year layoff, but she remains one of the top-10 ranked fighters at women’s 115lbs. As for Amanda Nunes, she is the UFC’s 145lbs and 135lbs champion. After beating Megan Anderson and Felicia Spencer at featherweight in her last two fights, she is now set to head back to 135lbs to take on her rival Pena. While it’s disappointing the fight won’t take place next week, the good news is Nunes is healthy.

Who do you want to see Nina Nunes fight in her return to the Octagon?