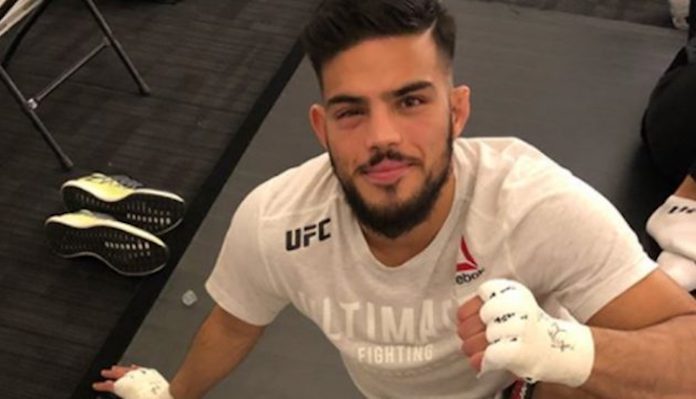 Haqparast took the fight with Hooker on short notice after the New Zealander was having problems finding an opponent for the UFC 266 card. Haqparast stepped up on short notice and took the fight, but the week before the event was set to take place, his mother passed away. Haqparast flew back home to Germany for the funeral and then he ran into visa issues on his way back home, an issue that Hooker also ran into. Fortunately, Haqparast was able to get his visa and so was Hooker, and the two put on a great fight for the fans. However, Haqparast came out on the wrong end of the decision as he lost on the cards.

Unfortunately the decision didn’t go our way. The last 2 weeks were the toughest of my life as many know. What I can advice everyone is : Be strong and patient with every test in this life. God gave me strength in my heart and I’m satisfied with whatever he tests me with. With the worst circumstances we showed heart. This ist just the BEGINNING !! One thing is for sure ….. I reached a new level of mental strength and personality. I WILL BE BACK AS A DIFFERENT BEAST inshAllah !

For Haqparast, this loss dropped his UFC record to 5-3 overall as he saw his two-fight win streak snapped in the defeat. As for Hooker, he snapped a two-fight losing skid with the W.

What do you think is next for Nasrat Haqparast following his decision loss to Dan Hooker?