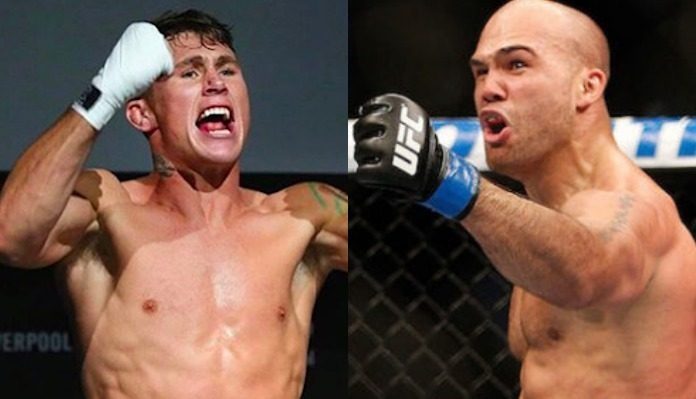 Former UFC middleweight champion Michael Bisping is putting on his matchmaker hat, and he wants to see a welterweight fight between Darren Till and Robbie Lawler.

He discussed the appeal of this matchup on the latest episode of his  Believe You Me podcast, explaining that the timing simply makes sense after Robbie Lawler fell onto a three-fight skid with a loss to Colby Covington last weekend, and Darren Till looks to rebound from two straight stoppage losses.

“Who should Robbie Lawler fight next? I was trying to think and Darren Till is the perfect answer,” he said (transcript via MMA News). “I mean Till’s gonna need a fight. He’s taking some time off, he’s on a two-fight losing streak, Robbie’s on a three-fight losing streak. I think that’s a good matchup for both of them. It’s a good matchup for Darren.”

While Michael Bisping would like to see a welterweight battle between Lawler and Till, he also understands that Till might move up to the 185-pound middleweight division. Till, who has previously struggled — and even failed — to make the welterweight division’s 170-pound limit, has long hinted at this possibility. If it doesn’t happen, though, Bisping believes the UFC should commit to Lawler vs. Till.

“I’m not sure if Darren’s gonna go up to 185,” Bisping said. “There has been talk of that, rumors of that. I think that’s a tremendous fight and a really good piece of matchmaking. Both of those guys match up really well. Neither man looking for a takedown. Both good strikers. Both big names in the division, ticks all the boxes.”

What do you think of this suggestion from Michael Bisping?