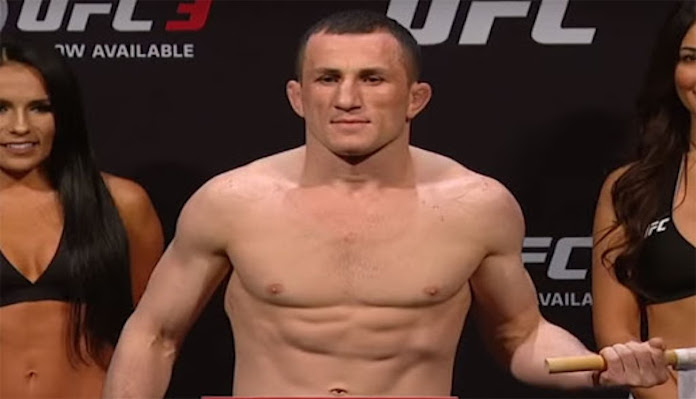 An intriguing bantamweight bout between Merab Dvalishvili and Cody Stamann has been added to a UFC Fight Night card on February 6.

Dvalishvili and Stamann were originally scheduled to lock horns back on the December 5 card in Las Vegas, but Stamann was forced out of the fight and he was replaced by Raoni Barcelos, who also had to withdraw from the card. However, now that Stamann is able to compete again, the UFC matchmakers decided to go ahead and re-book Dvalishvili vs. Stamann. The two bantamweights will now collide on February 6 on the undercard of the Alistair Overeem vs. Alexander Volkov event.

MMA DNA was the first to report the Dvalishvili vs. Stamann fight has been re-booked. It’s also worth noting that according to Georgian MMA reporter Giorgi Kokiashvili, Dvalishvili has been dealing with a battle against COVID-19 and is hoping the UFC can push the fight with Stamann back, which they have done in cases like this one. However, as of right now, the Dvalishili vs. Stamann fight is set to take place in just under a month on the February 6 UFC Fight Night card.

Dvalishvili (12-4) is the No. 12 ranked bantamweight in the UFC. The 30-year-old Georgian is 5-2 overall in the UFC and he’s currently riding a five-fight win streak, with a decision win over John Dodson in his last outing. The UFC bantamweight division is extremely stacked these days, and the fact that a dominant fighter like Dvalishvili isn’t even in the top-10 speaks wonders for the strength of 135lbs.

Stamann (19-3-1) is the No. 13 ranked bantamweight in the UFC. The 31-year-old American is 5-2-1 overall in the UFC and he is coming off of a decision loss to Jimmie Rivera in his last outing. Stamann is also looking to make the jump into the bantamweight top-10, so a win over the red-hot Dvalishvili would be huge for him.

Who do you think wins, Merab Dvalishvili or Cody Stamann?