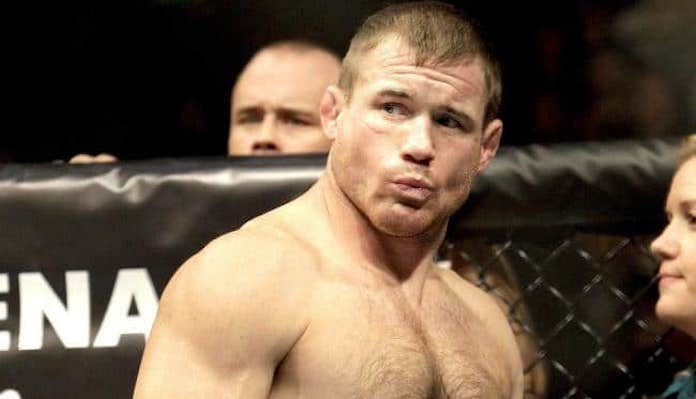 According to a report from MMAjunkie, former UFC welterweight champion Matt Hughes is suing his brother Mark over the ownership of a tractor. No monetary damages have been listed, Hughes merely hopes that a judge will will decide who owns the John Deere 8410 tractor in question.

This suit is relevant, as this tractor played a pivotal role in the restraining order that Mark Hughes recently filed against Matt Hughes.

In a written statement attached to this restraining order, which was obtained by MMAjunkie, Mark detailed an incident wherein Matt allegedly accosted his teenage son on the roadside, claiming the ownership of the tractor. Mark alleges Matt got physical with his son at the time.

“[Matt] pulled his vehicle crossways in the road causing my son to have to bring the tractor quickly to a stop,” Mark’s statement read.

“Matt approached the tractor and when my son got out of the tractor to ask his uncle what he needed, Matt physically assaulted my 15-year-old son by grabbing him and shaking him, all the while telling him that it’s his (expletive) tractor.”

Mark Hughes also alleges Matt Hughes may have later tried to destroy the tractor by dousing it in gasoline.

“While I am not sure if my brother’s intent was to burn the tractor, merely running a diesel engine with gasoline in the tank will destroy the engine,” Mark wrote. “I called my wife Emily and asked her to keep my brother at our house until I got there.

“When I got home, I met my brother in my driveway. While he denied everything, he had two empty five-gallon buckets in the back of his truck. The buckets smelled of gasoline. One of the buckets had the lid missing, and I later found the lid laying next to the tractor.”

Audra Hughes, the wife of Matt Hughes, has also had a restraining order granted against the fighter after allegations of domestic violence.

In 2017, Matt Hughes was involved in a near-fatal accident that left him with severe brain injury.

Stay tuned for further updates on this unfortunate situation as details emerge.