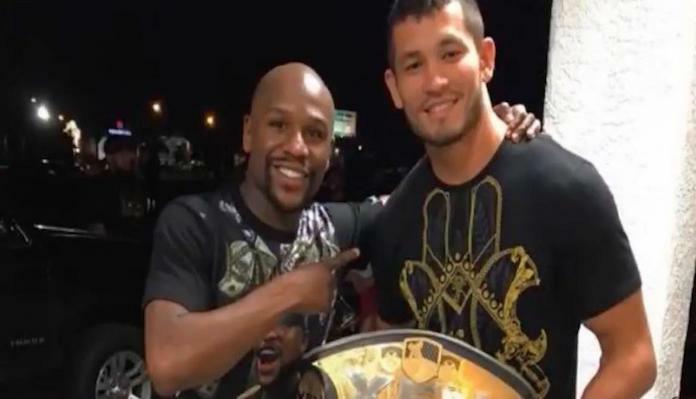 Muradov is the only MMA fighter who is signed by legendary boxer Floyd Mayweather’s “The Money Team.” The Uzbekistan native entered the fight against Meerschaert with a 25-6 record which included 20 wins by stoppage, including back-to-back knockouts over Andrew Sanchez and Trevor Smith in the UFC. That record, plus his affiliation to Mayweather, and it’s easy to see why Muradov had a lot of hype heading into the fight.

Muradov entered the fight against Meerschaert on a 14-fight win streak, and he was pegged as a monster -700 betting favorite at the sportsbooks, with Meerschaert a +500 underdog. Despite the odds being overwhelmingly in his favor and winning the first round of the fight, Muradov faded badly in the second round and was submitted by Meerschaert in one of the biggest UFC upsets of the year. It was an incredible win for Meerschaert, while for Muradov it was a tough way for him to have his long MMA winning streak snapped.

Taking to his social media following the loss to Meerschaert, Muradov shared the following.

Alhamdulillah victory and defeat are all by the will of the Almighty! No excuses, the opponent was better and today he won. Thank you all very much for your support. In Sha Allah, we will come back stronger.

It will be interesting to see what the UFC does with Muradov next following this bad loss on paper to Meerschaert. Although Meerschaert is a well-respected veteran with a good ground game, the fact that Muradov lost as such a big favorite does not reflect well on him. Still, he’s only 31 years old so he should be able to bounce back going forward in the UFC.

What do you think is next for Makhmud Muradov following his submission loss to Gerald Meerschaert at UFC Vegas 35?