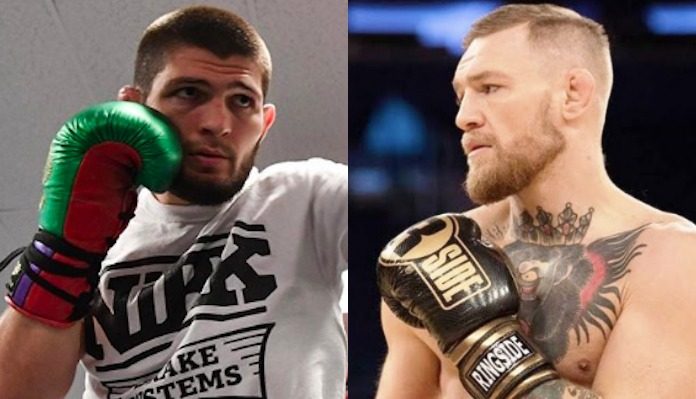 A Khabib Nurmagomedov vs. Conor McGregor rematch was shot down by Ali Abdelaziz, who says “Conor is not even a high-level fighter anymore.”

Nurmagomedov and McGregor were involved in the biggest pay-per-view blockbuster fight in UFC history when they met back at UFC 229 in October 2018, as the fight sold a UFC record 2.4 million pay-per-view buys. But despite the fight being a complete blowout for Nurmagomedov, there have always been suggestions that a rematch could happen one day just because of how much money is involved. However, with Nurmagomedov now retired from MMA and with McGregor coming off of back-to-back losses to Dustin Poirier, we have never seen these two legends of the sport farther apart, and a rematch seems unlikely.

Speaking to ESNews, Nurmagomedov’s manager Abdelaziz was asked if there could ever be the chance of a rematch with McGregor and “The Eagle” one day. The manager shot down the idea right away, suggesting that McGregor needs to get his life in order first.

“Brother, Conor is not even a high-level fighter anymore. He likes drugs again. He needs to go to rehab and work on his life. He doesn’t need to fight anymore,” Abdelaziz said.

Although McGregor will not fight anytime soon after breaking his leg against Poirier at UFC 264, he hasn’t wasted any time taking shots at Nurmagomedov lately on social media. Despite the fact that the Russian has given the Irishman absolutely no attention when it comes to responding to him on social media, it hasn’t stopped McGregor from continuing to take shots at his longtime rival. But with both men at seemingly completely different spots in their careers, it feels like a rematch between these two won’t happen anytime soon.

Do you think we will ever see the rematch between Khabib Nurmagomedov and Conor McGregor one day?