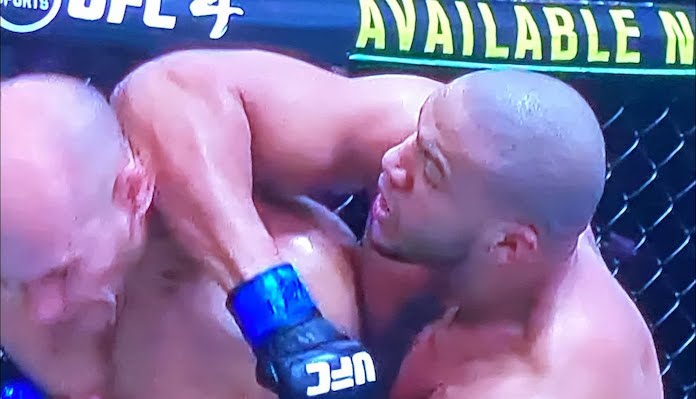 Former UFC heavyweight champion Junior dos Santos has officially filed an appeal regarding his TKO loss to Ciryl Gane back at UFC 256.

Dos Santos was recently cut by the UFC after losing four straight fights, the last which came against Gane at UFC 256. In that fight, Gane hit JDS with an elbow that appeared to potentially land on the back of his head. However, referee Jerin Valel did not call a foul and the fight was declared a TKO win for Gane. JDS was not happy about the loss and vented about his frustrations with the result of the fight immediately following the contest, but it wasn’t enough to save his job. After 13 years of being with the world’s leading MMA promotion, JDS was released, and he’s not thrilled the cut came after the loss to Gane.

“We have not and do not allege that the referee did not see the foul; rather, he saw the blow to the back of Junior’s head, but as a result of his misinterpretation of the rule, he wrongly failed to call it a foul, and he wrongly awarded a victory to the offending contestant, Cyril Gane… There is no doubt that the elbow was the initial point of contact of the blow, and where Gane’s power struck – precisely, squarely, directly on the illegal striking zone.”

According to the report, Team JDS has several photos which show bruising to the back of his head in the days following the loss to Gane. The end goal is to either get the fight changed to a No Contest or for Gane to be disqualified retroactively, giving JDS the win.

Do you think Junior dos Santos will win his appeal and get the TKO loss to Ciryl Gane at UFC 256 overturned?