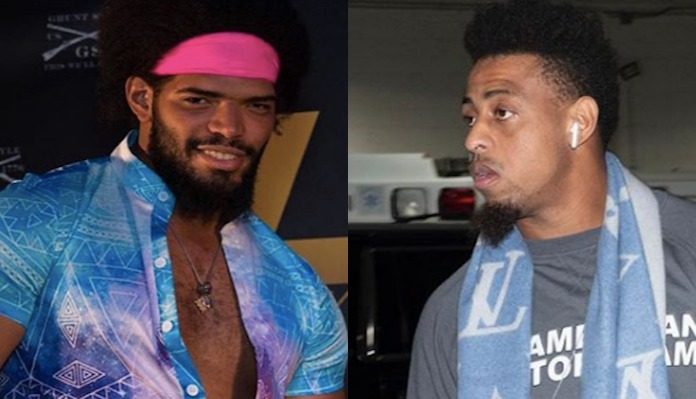 The UFC returns to San Antonio, Texas this summer for UFC on ESPN 4 and two of the biggest heavyweights on the roster are set to throw down when Juan Adams meets Greg Hardy in a grudge match.

Now, Adams has one simple message his opponent: “F*ck you.”

In an interview with BloodyElbow.com, Adams explained why he wanted to fight Hardy and what it means to step into the Octagon with the controversial former NFL star.

“People will thank me for getting him out of the UFC, one. And two, every person in America wants me to beat Greg Hardy’s ass,” Adams said.

The Contender Series alum said that one of Hardy’s ex-girlfriends hit him up on social media and told Adams to beat him, which is worth mentioning given Hardy’s past. Hardy, of course, had a domestic violence incident that eventually led to the end of his football career, and the MMA world hasn’t let him forget it.

“You know it’s funny, one of his ex-girlfriends messaged me on Instagram saying she hopes I beat his ass,” Adams said. “Nobody wants him to win this fight except for the delusional tip-riders. That’s it.”

Juan Adams (5-1) earned a UFC deal after his performance on the Contender Series and then defeated Chris de la Rocha in his Octagon debut. However, he suffered a decision loss to Arjan Bhullar in his sophomore UFC appearance and he was surprised the matchmakers gave him a fight against Hardy, who is coming off of a TKO win over Dmitry Smoliakov.

Greg Hardy (4-1) was disqualified against Allen Crowder in his UFC debut before getting the win over Smoliakov. The UFC doesn’t typically match up winners and losers, but Adams was happy they did in this case.

“Honestly I did not expect that Greg Hardy would ever want to fight me,” Adams said. “I figured it was just an easy target just to make fun of him, I didn’t think he was actually going to accept the fight. I didn’t think the UFC would give him the fight, I think they’re trying to protect him for a little while longer, but I especially didn’t expect to get this fight coming off of a loss. Typically when you lose a fight you don’t get what you want from the company. So it’s good, there’s been a lot of pressure and I’ve talked a lot of sh*t but I’m ready for it.”

And once Adams fights Hardy, he hopes any sort of comparisons between the two big men stops.

“A lot of people compared the two of us from the get-go and me, the life I’ve lived, I’ve done pretty much the right thing most of the time,” Adams said. “I’ve never been arrested, none of that shit, and to be compared to someone with his past, someone that has been arrested with cocaine in his system, been arrested for domestic violence — whether he was convicted or not, he was arrested — for that to be a comparison, it bothered me a lot.”

Who do you think wins, Juan Adams or Greg Hardy? Leave a comment below.