Jorge Masvidal and Colby Covington will finally be settling their differences.

Masvidal and Covington used to be training partners and even lived together for a brief time. Yet, over the years, as both men began to climb the welterweight ranks, they had a falling out which ended up forcing “Chaos” to leave American Top Team.

Since then, the two have taken shots at one another and a fight between them felt inevitable. Now, according to ESPN’s Brett Okamoto, Masvidal and Covington will headline UFC 272 on March 5 in Las Vegas, Nevada. The fight is a five-round, non-title fight.

Just recently, Masvidal once again called out Covington and told him to not p***y again. It appears Chaos did accept the fight and the two rivals will share the Octagon with one another. 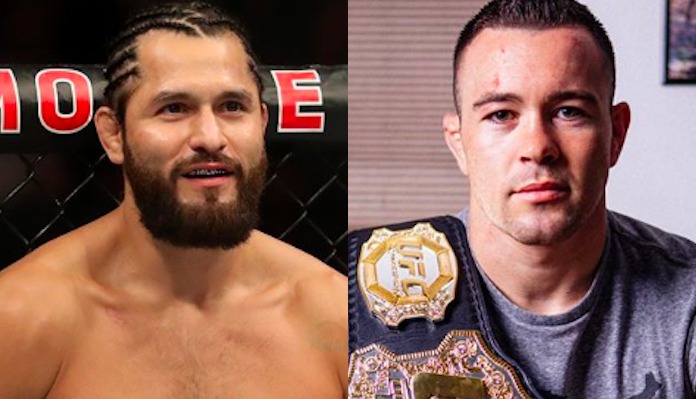 Jorge Masvidal (35-15) is coming off back-to-back title fight losses to Kamaru Usman with the last coming by KO at UFC 261 in April. The first fight he took on just six days’ notice and had to fly to Abu Dhabi. Prior to the setbacks, “Gamebred” was riding a three-fight winning streak with knockout wins over Darren Till and Ben Askren and a TKO win over Nate Diaz for the BMF belt. He also holds notable wins over Donald Cerrone, James Krause, and Michael Chiesa in his career.

Colby Covington (16-3) is coming off a decision loss to Kamaru Usman for the belt at UFC 248. It was his second loss to the champ as he suffered a fifth-round TKO loss to “The Nigerian Nightmare” at UFC 245. In between the two losses, he scored a TKO win over Tyron Woodley. He’s also the former interim welterweight champion and holds notable wins over Robbie Lawler, Demian Maia, Rafael dos Anjos, and Max Griffin among others.

Who do you think will win at UFC 272 between Jorge Masvidal and Colby Covington?