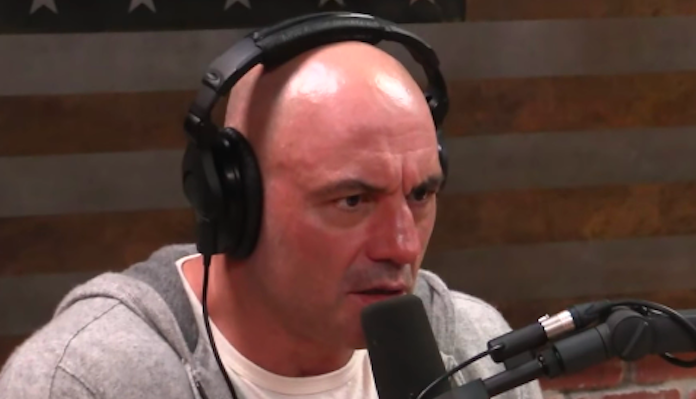 They both hit absurdly hard.

When Ngannou and Wilder land on their opponents, the impact resembles a kettlebell being fired out of a cannon, and the implications are often abrupt and final. Just ask Alistair Overeem. Just ask Dominic Breazeale.

For that reason, Rogan is hoping to see Wilder and Ngannou fight.

“Mark my words, if Francis Ngannou decides to jump ship and go to heavyweight boxing, he will nuke some fools,” Rogan said on a recent episode of the Joe Rogan Experience podcast.

“It’s going to take a long time to get to Wilder’s level,” he added when countered by his guest Brendan Schaub. “Wilder’s a world champ. He’s undefeated. Francis Ngannou’s not ready to box with Wilder right now, but let me tell you something… he might connect. Wilder’s not the slickest guy in the world. We’re not talking about Muhammad Ali or Floyd Mayweather…

“He most gets by on power and range.”

“Francis Ngannou, everyone he connects with other than Stipe [Miocic], goes night night. Stipe is the only guy. Stipe figured out how to use his championship mettle, use his grit, use his takedowns, and won the fight.”

Are you with Joe Rogan on this one? With the proper training, could Francis Ngannou give Deontay Wilder a run for his money in the boxing ring?