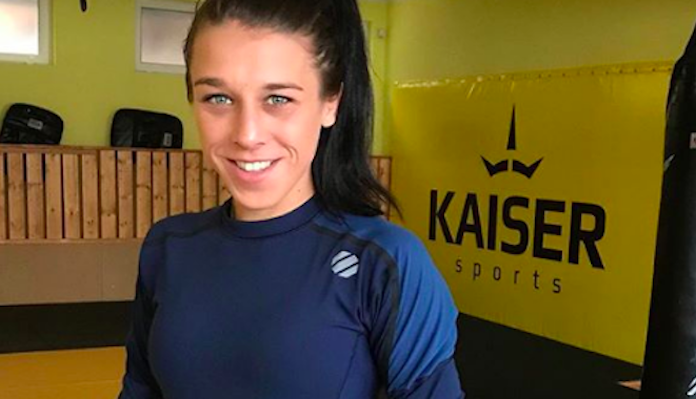 Joanna Jedrzejczyk has not fought since March 2020 when she fought 25 minutes to a narrow split decision defeat against Zhang at UFC 248. It was one of the best fights of last year, and many fans and observers believe it was the single greatest women’s MMA fight of all time. Ever since that fight, there have been calls for a potential rematch between the two. However, Jedrzejczyk has taken the past 18+ months off for a number of reasons. Zhang, meanwhile, has continued to stay active, losing twice to rival Rose Namajunas.

With Zhang recently losing the rematch to Namajunas at UFC 268, it opens up the division a bit and lets some of the other contenders get a chance to compete for the belt. Right now, the top contender is Carla Esparza, with Marina Rodriguez lurking not far behind them. But Jedrzejczyk is also one of the best fighters in the division and, despite recently being pulled from the UFC rankings, she wants to jump right back in the fire in her return.

Speaking to Tom Taylor of SCMP, Jedrzejczyk suggested that a rematch with Zhang makes sense for her next fight given that their timelines for a return to the Octagon match up.

“(Zhang) might be the next one. In case Rose is not ready to fight in March or April. I believe she wants to rest because she put on a hell of a performance and it was a pretty tough fight, five rounds. I bet she wants to enjoy her time as the champ, as a human, so we will see,” Jedrzejczyk said.

Do you want to see the UFC book former UFC women’s strawweight champions Joanna Jedrzejczyk and Weili Zhang in a rematch for their next respective fights?