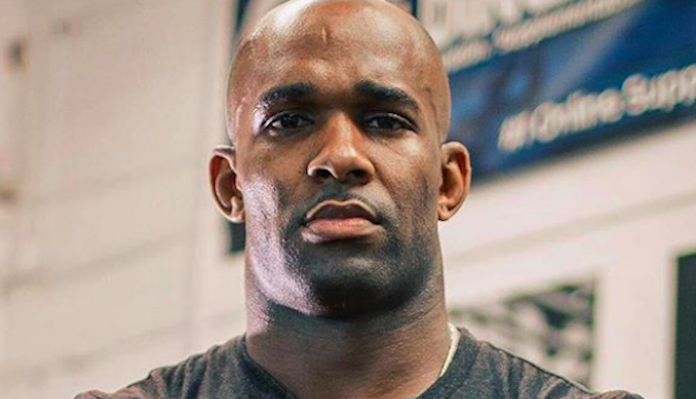 Manuwa hung up his gloves after getting brutally knocked out with a head kick by Aleksandar Rakic in June 2019. It was the fourth loss in a row for Manuwa, with three vicious knockout losses during that stretch. At age 39, Manuwa decided to call it a career.

However, it now appears that Manuwa is having second thoughts about hanging up his gloves. In a pair of recent posts on his Twitter, “Poster Boy” teased a possible return after not even one year away from the action.

Check out what Manuwa wrote on his social media.

All this time off has made me realise I’m that I was truly born for this game !

“All this time off has made me realise I’m that I was truly born for this game !”

If Manuwa does return, he would likely immediately jump right back into the top-15 at light heavyweight. Considering he hasn’t even missed a full year of action, he shouldn’t have too much ring rust if and when he does return, and the time away from the cage should help him recover from the damage he incurred during his last few fights inside the Octagon.

Manuwa (17-6) went just 6-6 overall in the UFC but he does hold a number of big wins, including victories over Corey Anderson and Jan Blachowicz, who are about to headline UFC Rio Rancho next month. Manuwa also has a victory over Ovince Saint-Preux, and his six losses are all against fighters who are ranked in the top-15.

If Manuwa does indeed return, some potential opponents for him include veterans like Mauricio “Shogun” Rua or Misha Cirkunov, or perhaps rising stars like Ryan Spann or Magomed Ankalaev. Regardless of who his opponent is, there are plenty of exciting matchups for Manuwa should he decide that he wants to fight again.

Who do you want to see Jimi Manuwa fight in his return to the Octagon?