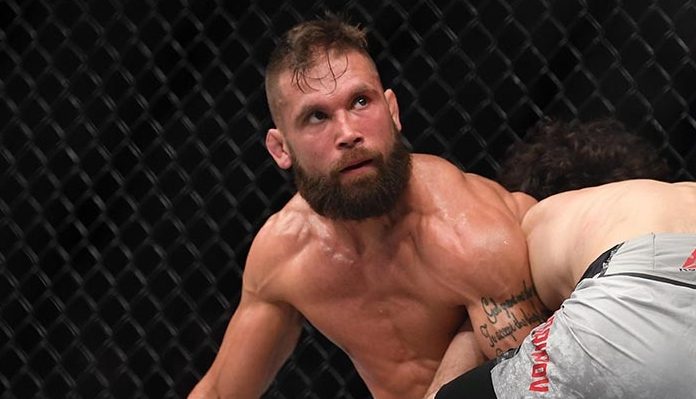 MMAjunkie.com was the first to report the Stephens vs. Gazmrot bout, which will take place at the UFC Fight Night card scheduled to take place on July 17. That card currently does not have the main event set for it, and there is no venue or location set, either. However, the promotion has been quickly announcing a number of fights for this event, including another lightweight bout between Islam Makhachev and Thiago Moises.

Stephens was most recently booked to fight Drakkar Klose at a UFC Fight Night card last month in Las Vegas, but the fight was canceled on fight day after Klose suffered from whiplash after Stephens shoved him at the weigh-ins. The UFC decided not to punish Stephens for the infraction and has instead booked him for this fight against Gamrot.

Stephens (28-18, 1 NC) has not fought since last May at UFC 249 when he was brutally knocked out by Calvin Kattar. The 34-year-old American has lost four of his last five fights, with the lone non-loss in that stretch being a No Contest. Although Stephens has been one of the most exciting fighters in the UFC ever since entering the promotion in 2007, he appears to be on a decline in his career in 2021. After suffering his recent losing skid at featherweight, Stephens has decided to make the move back up to the lightweight division.

Gamrot (18-1, 1 NC) was a longtime star in KSW who signed with the UFC last year. In his promotional debut, the 30-year-old Pole lost a split decision to Guram Kutateladze in a “Fight of the Night” performance, before rebounding with a knockout win over Scott Holtzman at UFC on ABC 2 in April that saw him win a “Performance of the Night” bonus.

Who do you think wins this lightweight bout between Jeremy Stephens and Mateusz Gamrot?