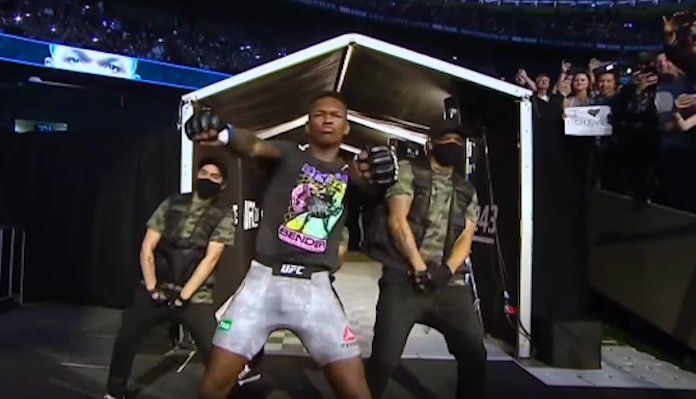 UFC middleweight champion Israel Adesanya is already a big star, but the expectation is that could become a downright superstar for the promotion.

Superstardom, of course, comes with some unique pressure.

Over the years, we’ve seen countless athletes go off the rails due to the the side-effects of superstardom. Adesanya, however, is confident he won’t fall into that category.

“You guys don’t understand how much I planned this sh*t,” Adesanya told MMA Fighting ahead of his UFC 248 title defense against Yoel Romero. “I planned it, me and my coach from the jump. I’m glad I wasn’t 23 with all this money, all this fame.

While Israel Adesanya is still a relatively new name in the UFC, the promotion’s president Dana White seems to think the Nigerian-born Kiwi has all the prerequisites to become a bona fide mega star.

“He’s a good-looking kid, he speaks very well, he can dance,” White said during a recent media scrum in Las Vegas. “He’s got a lot of personality. But at the end of the day, the thing that matters is he can fight. This Romero fight makes him even more interesting. He could be sitting around waiting right now for [Paulo] Costa to get ready—and that’s the fight that should happen. He wants to fight Romero because he feels like his legacy won’t be complete without this Romero fight, which is a very dangerous fight. Nobody wants to fight Romero.”

Do you think Israel Adesanya is destined to become a huge star for the UFC?