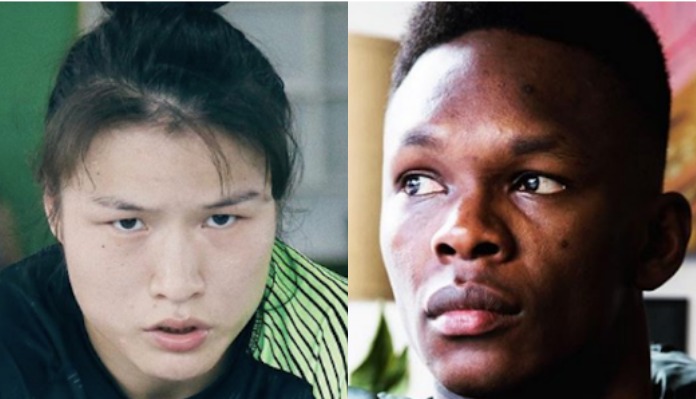 UFC strawweight champion Weili Zhang and UFC middleweight champ Israel Adesanya come from different worlds, but the two fighters definitely have one notable thing in common: they both have the potential to become massive stars for the UFC. At least, that’s what Dana White thinks.

White commented on Zhang and Adesanya’s potential superstardom ahead of UFC 248 in Las Vegas, where the former will defend her title against Joanna Jedrzejczyk, and the latter will defend his belt against Yoel Romero.

The UFC boss started with Adesanya.

“He’s a good-looking kid, he speaks very well, he can dance,” White said. “He’s got a lot of personality. But at the end of the day, the thing that matters is he can fight. This Romero fight makes him even more interesting. He could be sitting around waiting right now for [Paulo] Costa to get ready—and that’s the fight that should happen. He wants to fight Romero because he feels like his legacy won’t be complete without this Romero fight, which is a very dangerous fight. Nobody wants to fight Romero.”

Next up, White addressed Zhang’s potential as a future UFC superstar. He feels that she, like Adesanya, is a compelling figure, but is most appealing because of her fighting ability.

“You can take all of the things that make her special—first Chinese champion, female, which people love right now—but at the end of the day, she is a gangster,” White said. “She is focused on being the best. I just love this fight. I love this fight with her and Joanna so much. I literally can’t wait for Saturday for this fight. When these two start walking in, I’m going to be going crazy like a giddy little fan. I’m telling you I can’t wait for this fight.

What do you think of these comments from Dana White? Do you think Weili Zhang and Israel Adesanya can become major stars for the UFC?