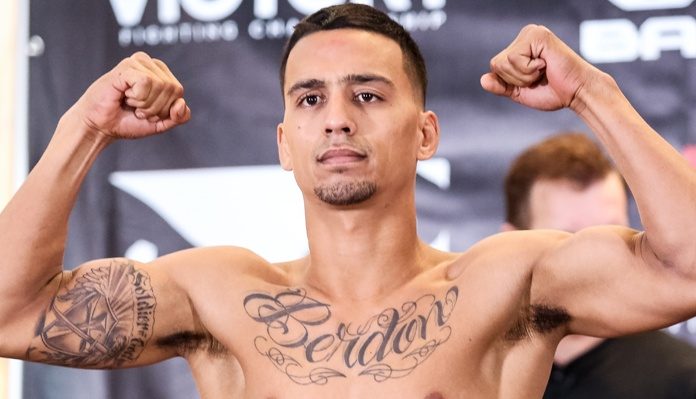 Early Sunday morning on the 18th of November, UFC flyweight Rachael Ostovich and her husband and fellow MMA fighter, Arnold Berdon got into an altercation that resulted in the breaking of Ostovich’s orbital bone and Berdon’s arrest.

Berdon was charged with a second-degree murder attempt for the incident that took place in the couple’s Waianae home in Honolulu, Hawaii. However, MMAFighting has now reported that Berdon’s charge has been changed to a second-degree assault (felony) and he was released today on a bond of $75,000.

Due to the injuries suffered by Ostovich, she has been forced out of her upcoming bout with Paige VanZant at UFC Brooklyn in January which is the first card on ESPN+.

Ostovich recently shared the horrifying details of the incident when filing for a restraining order against Berdon due to feeling like Berdon was a danger to her and their daughter.

“After a night out with family, [Berdon] punched me repeatedly on the head, face, ribs, making me fall to the ground. I gasped for breath and escaped thru [the] balcony. I coughed up blood, threw up sev. times. Cracked orbital.”

Unfortunately, this didn’t appear to be the only incident between the two as Ostovich also claimed that this wasn’t the first time something had happened as she stated that Berdon had abused her in the past and cited a specific incident from May 6 earlier this year, where he allegedly punched her in the legs repeatedly, leaving bruises.

After fighting most of her career in Invicta FC, Ostovich made her UFC debut in December 2017 when she defeated fellow castmate from season 26 of The Ultimate Fighter, Karine Gevorgyan via first-round submission (armbar).

The fight with VanZant was to be her third in the UFC and obviously the highest-profile matchup of her young career.