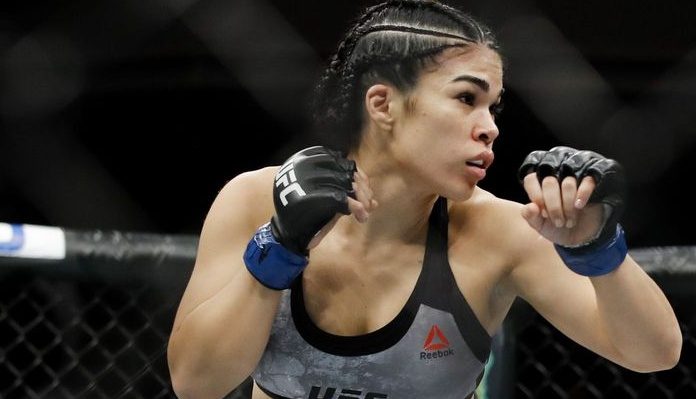 One of the more unpleasant stories to come out in the MMA world recently is the one concerning UFC flyweight prospect, Rachael Ostovich who was attacked by her husband, Arnold Berdon earlier this week.

Ostovich was attacked by Berdon on November 18 at around 2:00 AM in their Waianae home in Honolulu, Hawaii. Berdon has since been arrested on charges of second degree attempted murder. Which potentially leads up to a life sentence if convicted.

However, TMZ has now learned the details from the incident as Ostovich described in her petition for a restraining order.

“After a night out with family, [Berdon] punched me repeatedly on the head, face, ribs, making me fall to the ground. I gasped for breath and escaped thru [the] balcony. I coughed up blood, threw up sev. times. Cracked orbital.”

Unfortunately, Ostovich also claimed that this wasn’t the first time as she stated that Berdon had abused her in the past and cited a specific incident that happened on May 6 earlier this year where he allegedly punched her in the legs repeatedly, leaving bruises.

As for the restraining order, Ostovich filed it as she believes that Berdon is a danger to her and their five-year-old daughter.

TMZ also got word from Berdon’s family members who stated that Berdon plans to argue that he was only defending himself when the incident took place and that he did not initiate the violence.

Ostovich was supposed to be making her third official Octagon appearance on January 19 in Brooklyn, New York against Paige VanZant. Obviously, she has now been forced out of the bout due to her injuries.