Georges Saint-Pierre has given his MMA Mount Rushmore, and it has a lot of heads.

When it comes to MMA, fans and pundits love debating who’s the greatest fighter of all time. Names such as Jon Jones, Anderson Silva, Georges St-Pierre, and more, are all included in the debate. As far as women’s MMA goes, Amanda Nunes is almost unanimously agreed as the greatest ever.

Other names such as Khabib Nurmagomedov and Demetrious Johnson have also received some shine over the years. However, when it comes to the debate, there are few individuals whose impact will have more weight than a former fighter.

Now, one former fighter, who’s actually heavily involved in the debate, has discussed who he believes are the greatest fighters ever. At a fan Q&A prior to the UFC France weigh-ins earlier today, ‘GSP’ gave his MMA Mount Rushmore.

The Mount Rushmore monument in South Dakota only has four heads. However, Georges St-Pierre has decided to give his MMA version seven heads. The list is nothing but former champions and all-time greats.

On the Canadian’s Mount Rushmore is former UFC tournament winner Royce Gracie. Saint-Pierre also gave some shine to the aforementioned names, such as Jon Jones and Anderson Silva.

The former UFC welterweight champion also put Conor McGregor on Mount Rushmore as well. Noticeably absent is Saint-Pierre himself, which is fitting for the modest great. 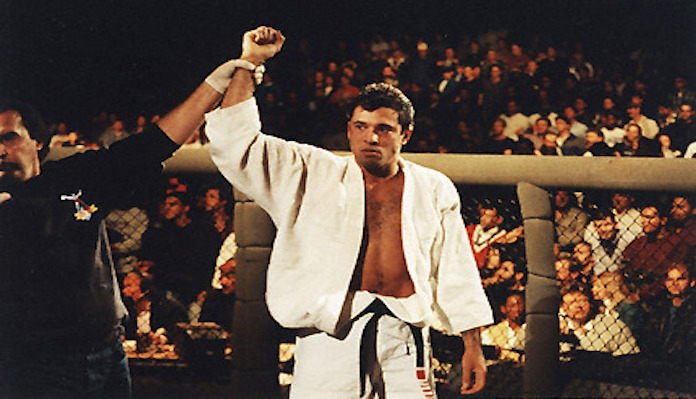 “It’s a good question, I put Royce Gracie first… Royce Gracie, because he did stuff in the beginning that nobody had ever done. I will cheat because I have to put more than four. I would put Amanda Nunes, even though she has not retired because she’s the best female fighter that’s ever lived. Khabib, because he had a perfect career, undefeated – an incredible career.”

Georges St-Pierre continued, “I would put Conor McGregor, also, because he brought the sport to a different level. I would put Jon Jones, Anderson Silva, and Demetrious Johnson for their performances.”

Do you agree with Georges St-Pierre? Sound off in the comment section below!

This article appeared first on BJPENN.COM
- Advertisement -
Previous articleDaniel Cormier shares some advice for Jorge Masvidal: “This is the path to a title”
Next articleCoach says Ryan Spann is “one of the scariest dudes that gets into the Octagon,” expects Dominick Reyes scrap to be “a great fight”