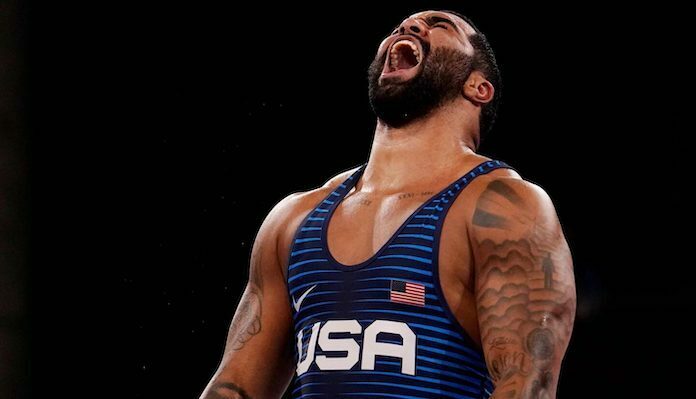 Olympic gold medal wrestler Gable Steveson says that he wished Dana White tried harder to sign him to the UFC when he was shopping around.

Following his impressive performance at the Tokyo Olympic games, Steveson was pursued by several companies including the UFC and the WWE, where he eventually signed. However, while speaking to The MMA Hour’s Ariel Helwani, Steveson admitted that he was hoping White would have tried harder to sign him. Although Steveson is happy to join the WWE, he still wanted to see White make a stronger pitch to bring him to the UFC.

“I was hoping that Dana would have come a lot stronger. I was hoping that he would push the pace a little more. I would love to fight. I’m not scared of fighting. I’m not scared of getting punched. I’m not scared of going out there and losing in front of a big crowd or winning in front of a big crowd. It doesn’t matter to me. I go out there to entertain people and for me, myself, to do something I love. I mean I love fighting and I love WWE. I love both,” Steveson said. “I wish Dana came a little harder. I wish he would have had more push on me to go that way but that time is up for now. I’m 100 percent with Vince McMahon and that team. I’m excited to be where I’m at.”

As far as the rumor that the UFC wanted Steveson to compete on the Contender Series before signing him to a UFC contract, Stevenson denied those rumors floating around.

“I’ve seen a lot of tweets that Dana wanted me in Contender Series but I don’t even know because me and Dana only had a couple of text messages saying like ‘hey come to Vegas’ but I was at SummerSlam and I couldn’t make it to him. I didn’t ditch him. We barely spoke. I know he wanted me to come,” Steveson said. “I don’t know where the Contender Series thing came about on the news and stuff. We barely spoke and Vince had the upper hand. I’ve been knowing WWE longer than UFC so I wanted to start my path there. I had no clue about (the Contender Series).”

Do you wish Dana White signed Gable Steveson to the UFC?