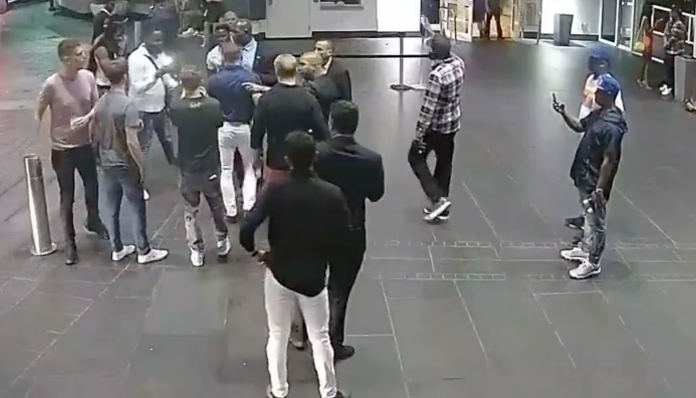 Wednesday afternoon, the Miami Herald released a full surveillance video of the recent incident involving Conor McGregor, a fan, and a phone. The incident occurred outside of the Fontainebleau Miami Beach.

The video shows McGregor and his entourage come into the shot, with multiple individuals walking near him, filming him.

McGregor and one of the individuals, later identified as Ahmed Abdirzak, appear to engage in a conversation. Abdirzak extends his hand presumably going for a handshake, but was met by a McGregor swipe.

Abdirzak’s phone is knocked to the ground and McGregor proceeds to stomp on it. McGregor picks up the phone and exits the shot.

The full video can be seen below:

Conor McGregor is currently campaigning for a rematch with Khabib Nurmagomedov.

The Irish star was submitted by “The Eagle” at UFC 229 this past October.