Former UFC champion Rashad Evans is coming out of retirement and his opponent will be Gabriel Checco.

The two will compete for Khabib Nurmagomedov’s Eagle FC promotion in their US debut on the January 28th card according to ESPN.

Evans (19-8-1) retired following a loss to Anthony Smith at UFC 225 in June 2018. The Florida resident will try to snap a five-fight losing streak upon his return.

Rashad, inducted into the UFC Hall of Fame in 2019, explained why he made the decision to return to competitive mixed martial arts in an interview with SiriusXM:

“I’m not crazy, I know what this is and what this is about,” Rashad Evans said. “It doesn’t take away the significance of it. Sometimes we get to the mindset where we’re like ‘if I’m not chasing the belt, then I’m not chasing anything’. But for me, to compete is my reward. For me to do it in a way and a shape that I want to, that’s all I need to be honest. I just see life differently. I know what I’m capable of when I’m at my best and I just want to feel that feeling again.” 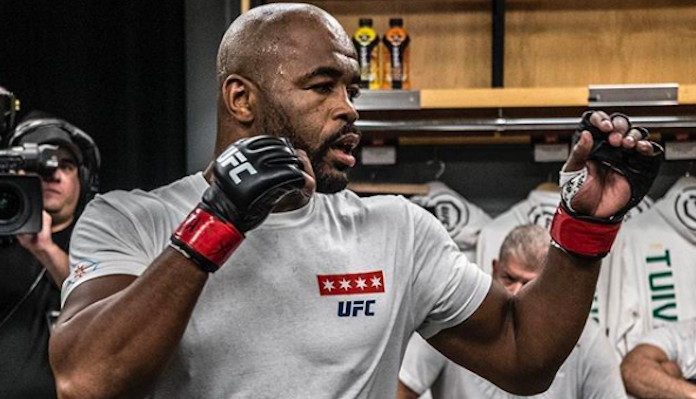 It’s a risk for him to enter the cage again after three and a half years away, but it’s one he’s willing to take.

Evans, 42 years old, is a former UFC light heavyweight champion – but his last win came against Chael Sonnen back in November 2013. Since then, he’s lost five straight and has been knocked out by both Glover Teixeira and Anthony Smith.

Gabriel Checco, 35 years old, has won two of his past three fights and is coming off a first-round TKO win over Simon Marini. Two of his recent fights have come against current UFC fighters: a TKO loss to Jordan Wright and a knockout loss to Ian Heinisch.

Who do you predict will be victorious in an Rashad Evans vs Gabriel Checco matchup? Let us know your thoughts in the comment section, PENN Nation!