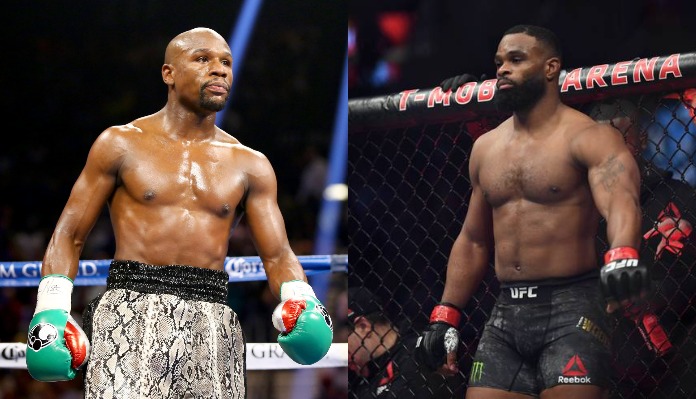 Floyd Mayweather has offered to train Tyron Woodley ahead of his pro boxing debut against Jake Paul.

In the main event of an upcoming Showtime boxing pay-per-view, Woodley is set to face YouTuber turned boxer, Jake Paul in a highly-anticipated bout. Woodley is a former UFC champion while Paul has taken the combat sports world by storm and coming off a first-round TKO over Ben Askren.

Although Jake Paul and Mayweather had a recent feud, the undefeated pro boxer says he wants to train Woodley so he can beat the YouTuber.

“Well, give me Tyron Woodley. I make sure I get in camp and train him for this fight,” Mayweather said in a media scrum. “I want Tyron Woodley to come to Las Vegas and work with us.” 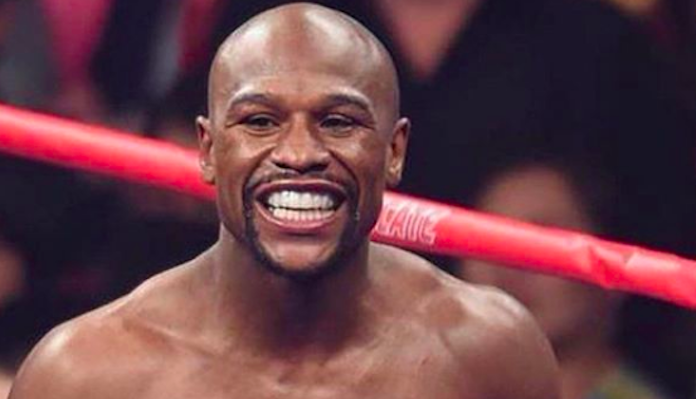 After he was asked about this, Woodley says the Mayweather team already reached out and he says he will likely take them up on their offer.

“They just texted me, let’s do it,” Woodley said in his own media scrum in a response to Mayweather saying he’ll train him. “I just talked to him today so for sure, why would I not train with the greatest boxer of all time? He’s already my dog and we’ve been talking about training anyway, so for sure. I’m definitely going to take him up on that.”

Floyd Mayweather, of course, is actually boxing Jake’s older brother in Logan on Sunday in Miami. Mayweather is a massive favorite and now all signs point to him going right back into training camp and preparing Woodley to beat the younger brother in Jake. If both Mayweather and Woodley win, perhaps that is the last time either of them fight. But, regardless, Woodley has already secured an amazing training partner for his boxing debut.

What do you make of Floyd Mayweather offering to train Tyron Woodley?