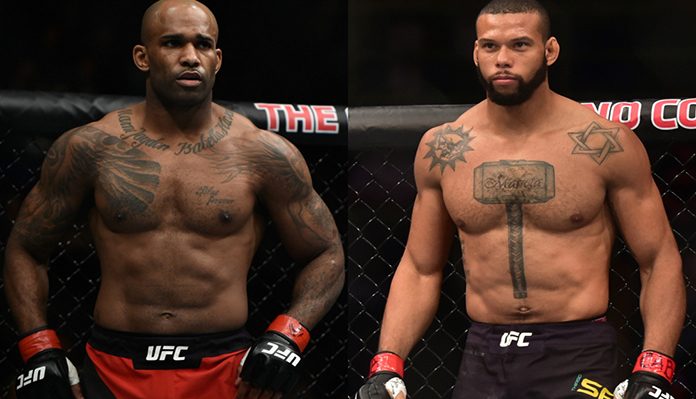 The scrap lived up to fans expectations as Thiago Santos and Jimi Manuwa seemingly threw caution to the wind in a fight that can only be described as an absolute war.

Both men absorbed big shots in the fights opening round. Santos had Manuwa rocked on a number of occasions in the opening five minutes, but it was the “Poster Boy” who seemed to close out round one with momentum.

However, in round two it was clear that Thiago Santos had made a full recovery. The Brazilian knockout artist came out guns blazing and ended up forcing Manuwa back against the cage. From that position, Santos was able to get off two massive punches, the second of which caused Jimi to crash face first into the canvas.

As expected, Thiago Santos brutal knockout victory spawned a ton of fighter reactions on social media. You can see those comments below.

Someone’s getting knocked out guaranteed!! #ufc231

The hammer next champ

That was extra violent in person 😳 #UFC231

What was your reaction to Thiago Santos violent knockout victory over Jimi Manuwa at UFC 231? Sound off in the comments section PENN Nation!