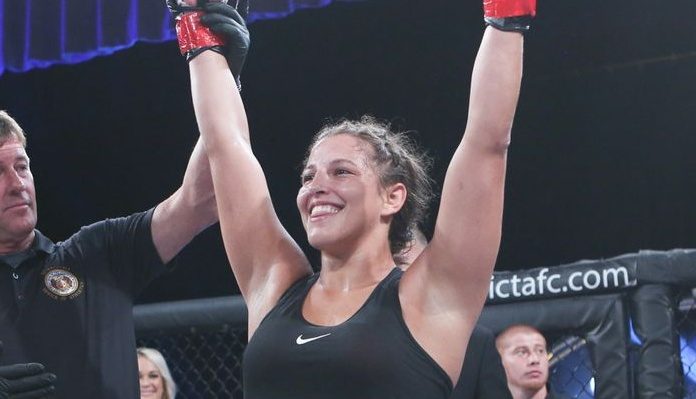 Felicia Spencer doesn’t plan on getting caught up in the mystique of Cris Cyborg.

While Cyborg was finally dethroned as the women’s pound-for-pound ruler, she hadn’t lost since her professional MMA debut back in 2005. Cyborg was stopped in the first round against Amanda Nunes back in Dec. 2018. Spencer will look to upset Cyborg, who is competing on the last fight of her current UFC deal.

Ahead of her UFC 240 showdown with Cyborg, Spencer told MMAJunkie.com that she isn’t putting much stock into her opponent’s track record of dominance:

“They’ve been following this sport and my division for roughly since I’ve been in it. They’re very excited for my opportunity here. They know what I’m capable of and what I bring to the table. They know that I can rise to any occasion.”

Spencer went on to say that UFC 240 is her moment to shock the world. It won’t be much longer until fight fans find out if she can live up to those words. Spencer and Cyborg will clash in Edmonton, Alberta, Canada on July 27. Headlining the card will be a featherweight title bout between champion Max Holloway and Frankie Edgar.

Does Felicia Spencer pull off the upset at UFC 240? Tell us in the comments.