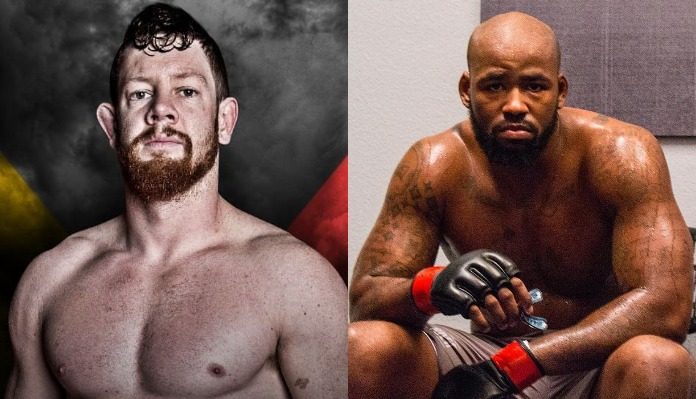 A bout between heavyweights Ricardo Prasel (10-1) and Don’Tale Mayes (6-2) is in the works for the July 16 installation of the UFC series, BJPENN.com has learned.

A member of Jackson Wink MMA, Prasel has been nearly unbeatable in his mixed martial arts career thus far. Nicknamed “Alemão,” the 28-year-old big man has dominated the regional scene in route to this big opportunity.

After suffering his only career loss to Ante Delija at RIZIN 10, Prasel rebounded in his last outing at Immortal FC 10, knocking out Alison 37-fight veteran Vicente Alison.

In his first Contender Series attempt, the highly-touted Mayes was upset by now-UFC heavyweight Allen Crowder. Last summer, his second outing was more successful, as Mayes defeated Mitchell Sipe in an absolute blood-bath.

While he picked up the victory in his sophomore promotional outing, Mayes did not earn the contract from UFC President Dana White and UFC matchmakers Sean Shelby and Mick Maynard.

The Contender Series is expected to kick off on June 18 and run through the end of August. Unlike the first two seasons, the third season will feature fighters from all over the globe, including Canada, Brazil, and Europe, sources confirmed.

Stay tuned to BJPENN.com for all of your mixed martial arts news!