Hardy fought out his UFC contract at UFC 272 against Serghei Spivac which he lost by first-round TKO. After being let go, Hardy said he was eager to test free agency and has even signed on to make his pro boxing debut in October, but has also inked a deal with BKFC which promotional President David Feldman is excited for.

“I’m excited to start working with Greg,” Feldman said in a press release. “He’s a tremendous athlete with quickness and incredible strength, as he’s shown in the UFC and NFL. He wants to test himself in bareknuckle and has been training for a fight for the last couple of months. Heavyweight is one of our deepest divisions and his skill set fits right in. We’ll announce the date, location and his opponent shortly.”

Although no opponent was announced for Hardy’s BKFC debut, the former NFL Pro Bowler is excited about the challenge of fighting sans gloves. He says it is the baddest promotion in the sport and eyes several KO’s. 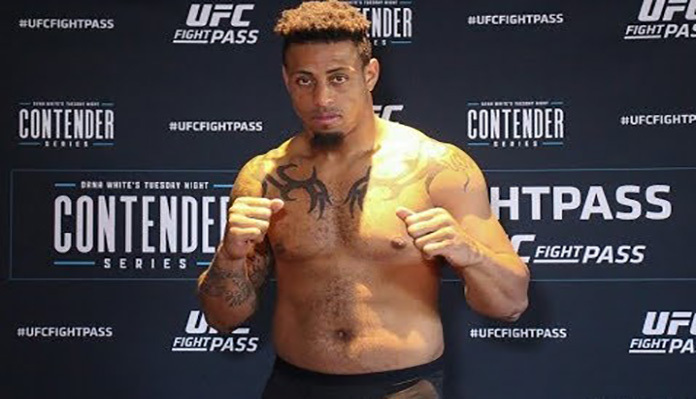 “I’m back and ready to knock everyone out in the baddest promotion there is,” Hardy stated. “Everyone knows I can knock people out, and that’s what I’m planning on doing. I can’t wait to take the gloves off and rumble for BKFC.”

Greg Hardy (7-5 and one No Contest) ended his MMA career on a three-fight losing streak as before the loss to Spivac, he suffered a KO loss to Tai Tuivasa and a TKO loss to Marcin Tybura.

He earned his way into the UFC with two wins on the Contender Series and a win on the regional scene. After losing his debut by DQ, he then went 4-1 and one No Contest with the loss to Alexander Volkov while he beat Juan Adams, Dmitry Smoliakov, Yorgan De Castro, and Maurice Greene.

Are you surprised Greg Hardy has signed with BKFC?