Dwayne Johnson, aka ‘The Rock’, recently spoke of the legend of Jorge Masvidal in Miami during a recent interview with the UFC’s Megan Olivi.

‘Gamebred’, who made his name in backyard fighting, will get the chance to stake his claim as the best welterweight in the world when he challenges reigning division champion Kamaru Usman in tonight’s UFC 251 main event.

‘The Rock’ has known Masvidal for many years and claims the legend of ‘Gamebred’ is very real in the streets of Miami.

“Jorge and I have, we have ties going back to Miami. I’ve been in Miami, South Florida, since I was 18 years old. Played for the University of Miami. So there’s been the legend of Jorge Masvidal is very real down in Miami. Starting in the streets and street fighting but then also continue to hone his skills.” Dwayne Johnson explained (via MMAMania). “So yes, he’s been around for a very long time, he’s done a lot for these rodeos, but I think something really interesting happened… and the fans felt this too as well, the company felt this too and I think everybody around Jorge felt this… is like when somebody makes a distinct decision, the world views me one way, I want them to view me and interpret it now in a different way and there’s a few things that have to happen.” 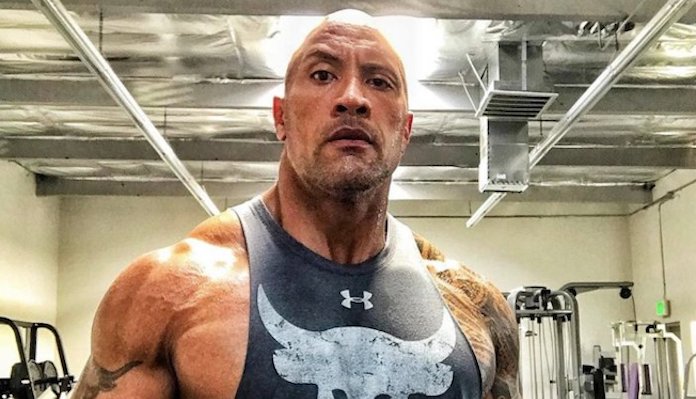 “So, mentally he changed, so when his mentality changed, his energetic shift changed, and physically it all changed and it all just came together and I think the timing of it too because timing is everything especially as you know when it comes to things like this, especially in sports, timing came together great. I think the world was ready for this new iteration of Jorge Masvidal and, you know, this awakening if you will. And then the bottom line is the guy went out and proved it.”

Do you think Jorge Mavidal will be able to build on his legend by knocking off Kamaru Usman in tonight’s UFC 251 main event? Share your predicitions below Penn Nation!