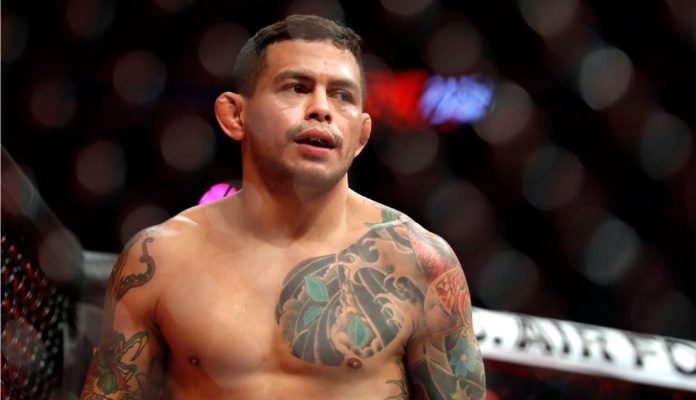 Diego Ferreira will no longer be fighting in front of his adopted home of Dallas, Texas.

Multiple sources informed BJPENN.com that Ferreira has been forced to pull out of his UFC 277 fight against Drakkar Klose due to an injury. The UFC is actively searching for an opponent to replace Ferreira and face Klose, the sources said, but it is uncertain if one will be found on two weeks’ notice.

Diego Ferreira (17-5) is on a three-fight losing skid after losing by TKO to Mateusz Gamrot, a TKO loss to Gregor Gillespie, and a decision loss to Beneil Dariush. Before the losing streak, he was on a six-fight win streak with wins over Anthony Pettis, Jared Gordon, and Olivier Aubin-Mercier among others. The Brazilian is currently 8-5 in the UFC.

Drakkar Klose (12-2-1) returned to the win column and ended his long layoff back in April as he knocked out Brandon Jenkins. Before that, he was knocked out by Beneil Dariush at UFC 248. He was then booked to face Jeremy Stephens but was shoved at weigh-ins that caused him lingering health issues and kept him out for over two years.

Klose is currently 6-2 inside the UFC and holds notable wins over Bobby Green, Christos Giagos, Lando Vannata, and Marc Diakese among others.

With Ferreira vs. Klose off UFC 277, the card is as follows:

Who would you like to see step in to face Drakkar Klose at UFC 277 with Diego Ferreira out?