If we are indeed soon to be getting a new 165-pound weight class in the UFC, UFC President Dana White will do everything in his power to make sure that it’s kept a secret.

With the recent rumblings of the 125-pound flyweight division’s dissolving, it has led many to believe that a new division will be coming in to replace it. And the only one that has been teased over the last few months is one that would fit between lightweight and welterweight.

After former UFC veteran and current Bellator lightweight, Josh Thomson put it out that the this was indeed what would be happening after UFC 233, White quickly shut that down by saying “Not true” in a response to Ben Askren reacting to the report on Instagram. 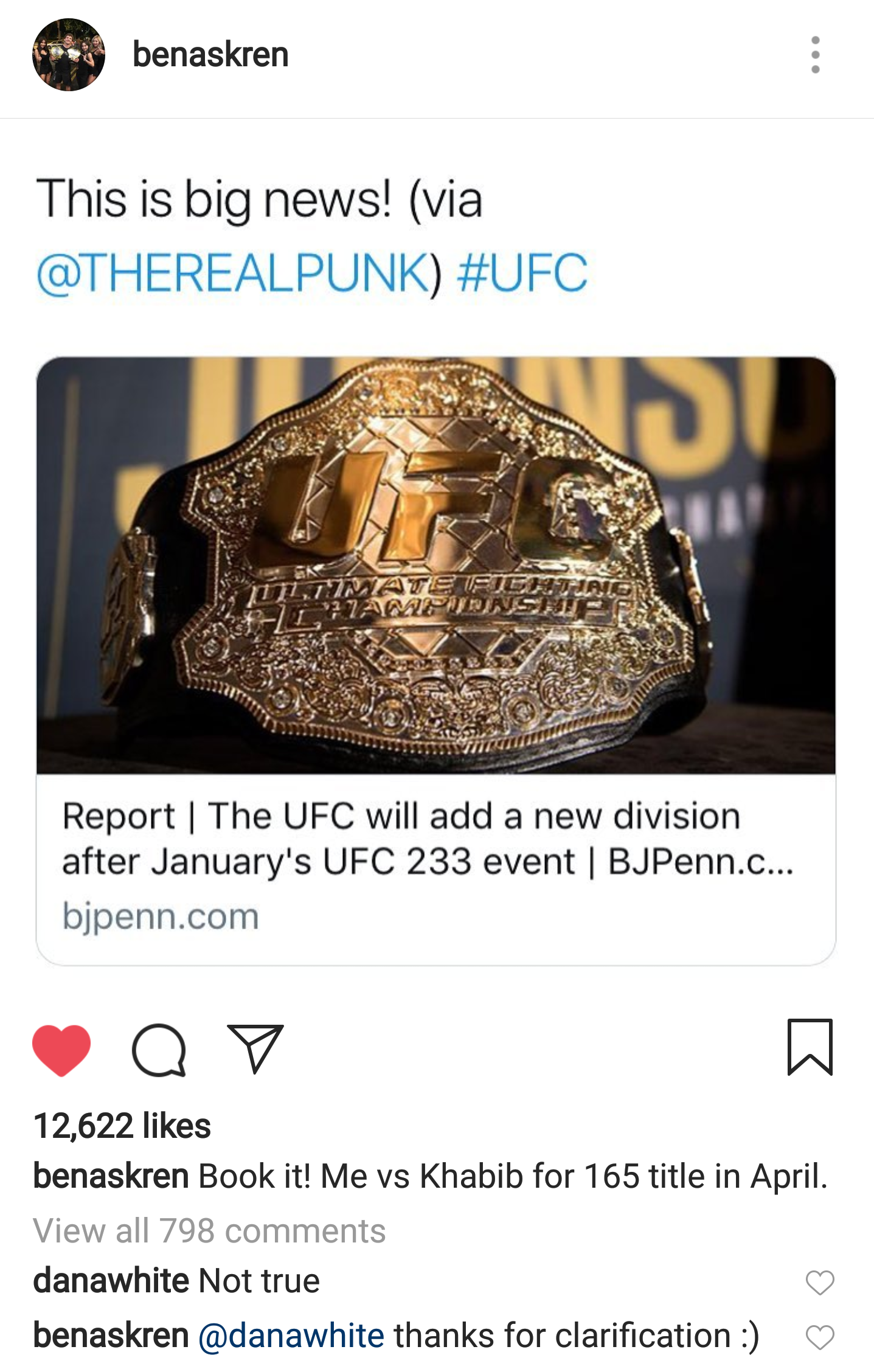 Askren will be making his UFC debut at the UFC 233 event in Anaheim, California on January 26 when he faces off with former welterweight champion ‘Ruthless’ Robbie Lawler.

In recent interviews, Askren has stated how he would love a fight with the current lightweight champion Khabib Nurmagomedov. However, the ‘Funky’ one just physically can’t make it down to 155-pounds which is where he said 165 would be as low as he could go and the ideal meeting spot with his fellow unbeaten.

Also taking place at UFC 233 is the champion vs champion flyweight title tilt between Henry Cejudo and TJ Dillashaw as Cejudo looks to defend his division to perhaps support the case for keeping them.

Because of the timing of it all, it would seem to make sense for 125 to swap out with 165 at this time. But White just doesn’t seem interested.

Regardless of his denials, the possibility of the truth being different than he presents it as is always strong.