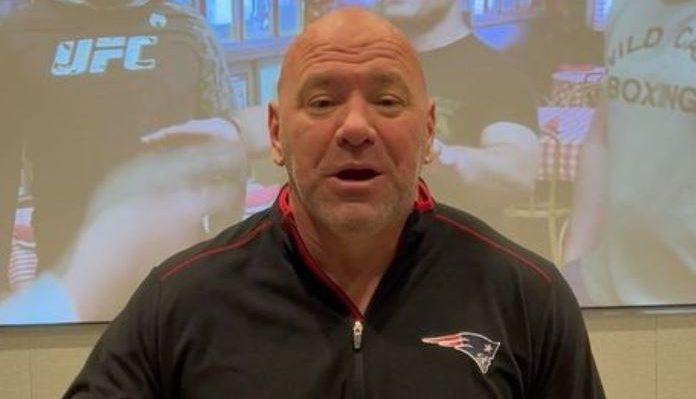 Dana White is sharing how he reacted to the Sean O’Malley vs Petr Yan fight booking.

It was announced that Sean O’Malley (15-1 MMA) will meet former bantamweight champion Petr Yan (16-3 MMA) at UFC 280 on October 22nd at the Etihad Arena in Abu Dhabi.

O’Malley last fought Pedro Munhoz (19-7 MMA) on July 2nd at UFC 276, which ended in a no contest ruling due to an accidental eye poke in the second round.

Yan last entered the cage to meet up with Aljamain Sterling (21-3 MMA) at UFC 273 in April of this year. The result was a split decision win for Sterling.

In speaking with Alex Behunin, on a video posted to ‘Twitter‘, Dana White explained the booking of O’Malley vs Yan:

“We were in matchmaking and Sean Shelby actually came up with that fight. Sean Shelby wanted that fight. I said, ‘Are you out of your mind? You don’t make that fight now.’ He told me why you make it, and O’Malley’s ready.

Sean Shelby is the Senior Vice President of Talent Relations in the UFC and also works as a matchmaker for the promotion.

It is true that both ‘Sugar’ and ‘No Mercy’ wanted this fight.

O’Malley talked about the pair-up on his YouTube channel saying:

“I think I will rise to the occasion, because I haven’t gotten to show what I’m really f**king capable of because I haven’t fought guys that have brought it out of me. So yeah, I’m excited about this. I think a lot of people are going to be obviously excited and surprised.”

Are you excited about the Yan vs O’Malley booking? Was your reaction to the fight similar to that of UFC President Dana White?