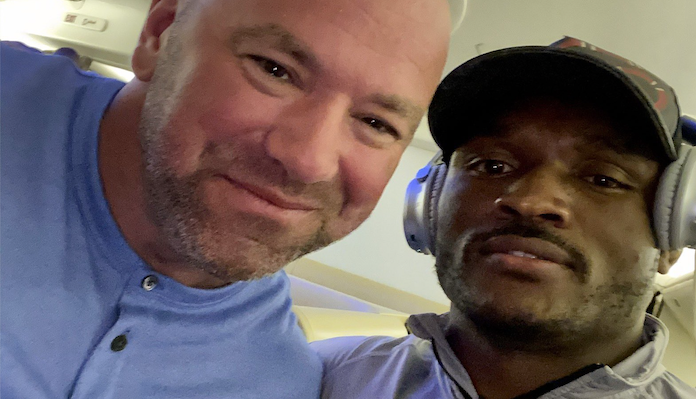 Up until now, most people would have same that Georges St-Pierre was the greatest welterweight ever. But in his last fight, Usman broke GSP’s record of most consecutive wins at 170lbs with his knockout win over Gilbert Burns to improve to 13-0. Usman hasn’t lost since entering the UFC in 2015 following a stint on TUF. He has fought and defeated many of the division’s best, including Colby Covington, Jorge Masvidal, and Leon Edwards. Not many opponents have been able to do anything to him as he’s been utterly dominant.

Speaking to TSN’s Aaron Bronsteter, White said that he believes Usman has surpassed GSP as the welterweight GOAT. The UFC bossman believes that Usman’s body of work is second to none, singling out his title fight against Covington at UFC 245 that he won via TKO after referee Marc Goddard stopped the bout following a fifth-round knockdown by the champ.

“Yeah, I just think if you look at what this guy has done. Every time he fights he looks better and better. He’s literally fought everybody out there, and now he’s going for a second run on these guys. And the fight with him and Colby Covington is one of the best fights I’ve ever seen,” White said.

Do you agree with Dana White that Kamaru Usman is the welterweight GOAT?