VanZant (8-5 MMA) was returning to action for the first time since January of 2019, where she scored a submission victory over Rachael Ostovich.

Standing in front of ‘PVZ’ at UFC 251 was streaking flyweight contender Amanda Ribas. It was a daunting tasks for VanZant’s return to the Octagon, but one that she welcomed with open arms.

Unfortunately for Paige VanZant things did not go her way at all this evening against Ribas. The Brazilian was able to dominate ’12 Gauge’ right from the opening bell on route to a first round submission victory (armbar).

Now following VanZant getting “smoked” by Ribas, it sounds like Dana White is happy to let ‘PVZ’ test the free agent market.

“I think that.. Look I like Paige. I like Paige. You know it’s like (Curtis) Blaydes. When I talked, you know when Blaydes fought last. When you talk all that stuff like ‘oh I am not being paid enough’… You know, fighting inconsistently. You know, one time in the last year. Injuries and stuff. Then you come get smoked in the first round of the fight. Yea, she should definitely test free agency.”

Dana White was not the only member of the MMA Community to blast Paige VanZant for her performance against Ribas. Former Bellator and ONE welterweight title holder Ben Askren also took to social media to scold ‘PVZ’ for her efforts. 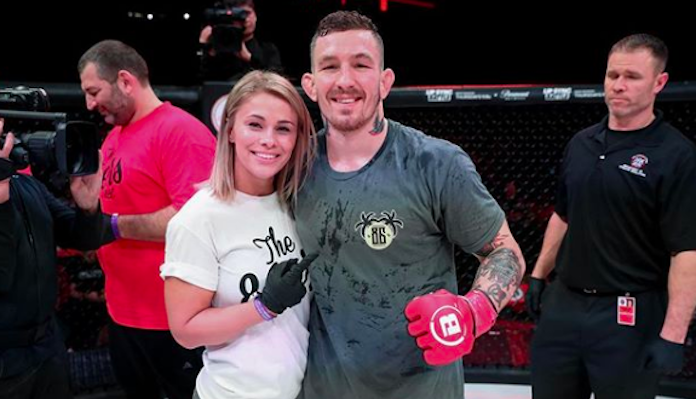 Given that Paige’s husband Austin Vanderford already fights for Bellator, there is a good chance that we could see VanZant strike a deal with Scott Coker and company.

What do you think of the comments from Dana White regarding Paige VanZant’s performance or lack there of at tonight’s UFC 251 event? Share your thoughts in the comments section PENN Nation!