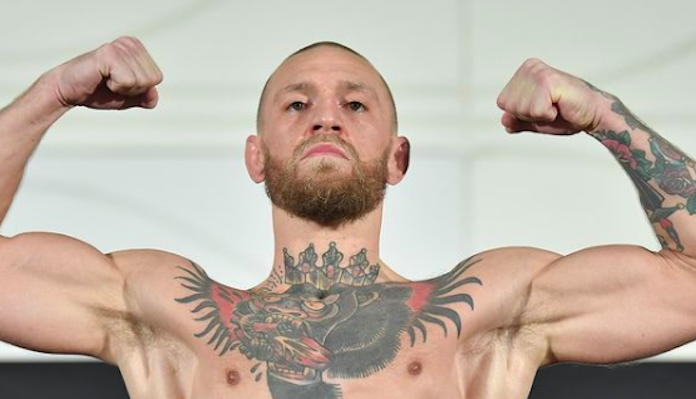 Conor McGregor is going back to his roots ahead of his trilogy fight against Dustin Poirier.

At UFC 257, McGregor suffered a second-round TKO loss to Dustin Poirier. Given they are 1-1 against one another, they both called for the trilogy to happen, which will happen in July.

Now, on the eight-year anniversary of McGregor’s first UFC weigh-in, McGregor reflected on his time in the promotion.

“My ufc debut I found out 9 weeks out. I took a week to get right from not training/partying, and then 8 weeks out I moved to my sisters apt which was close to the gym. I woke up, trained, walked back to apartment, ate my meals and rested, trained again, back to apt, sleep, repeat,” Conor McGregor added about his old training regiment.

“Double skills work. I also didn’t take rest days unless I absolutely had to. Not one. Not even a Sunday. I will take this approach again for my comeback fight. I didn’t become ufc champ champ with this method but I did become ufc 145 champion. Also the cage warrior champ champ,” McGregor concluded.

For many Conor McGregor fans, this will no doubt be good news as many wondered how much the Irishman was training or if his dedication was still there due to him being a millionaire. However, he appears focused on the trilogy fight as he looks to exact his revenge and earn a lightweight title shot.

What do you make of Conor McGregor going back to his old training habits?