Colby Covington’s parents were not a fan of his persona.

It has been well-documented that the UFC were not going to re-sign Covington when he was fighting out his contract against Demian Maia. However, after the fight, he called Brazil a dump and then turned his persona up to a 100 and was a vocal Trump supporter, which allowed him to remain in the UFC.

According to ‘Chaos,’ however, his parents weren’t happy with the way he was acting and called him multiple times letting him know he wasn’t raised like that.

“Dude, I got so many f*****g calls from them screaming at me, I can’t believe you f*****g called the Brazilian’s filthy animals,” Covington said on the Full Send podcast. “I didn’t raise you (like that). I should f*****g wash your mouth out with soap. I was like mom, they were acting like filthy animals, what do you want me to do?” 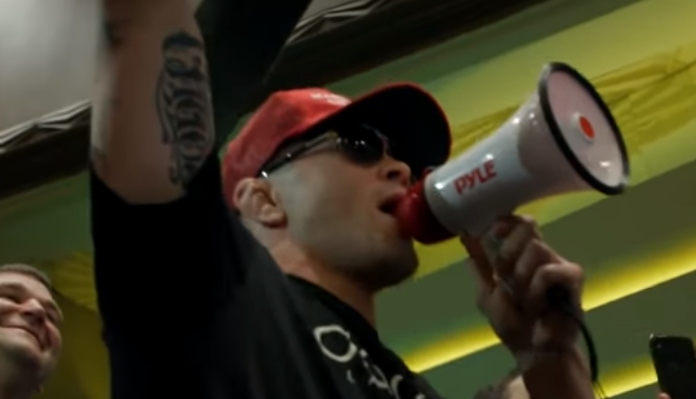 Colby Covington has said his persona is an act in the past, but it still is him, he just turns it up to 100. He does support the police force and first responders which is something he did before his persona, but all the trash-talk is something his parents weren’t fond of.

Although his parents don’t like Covington’s UFC persona, it’s unlikely it will be going anywhere. It has made him a major star in the UFC, which has gotten him big fights and allowed him to headline pay-per-views. With that, it’s likely he will have to stick with it until his career is over.

As for his fighting career, Covington is coming off the decision win over Jorge Masvidal back at UFC 272. However, after the fight, ‘Gamebred’ allegedly jumped Chaos and sucker-punched him in Miami. Before the win over Masvidal, he suffered a decision loss to Kamaru Usman for the welterweight title.

What do you make of Colby Covington saying his parents don’t like his persona?