In the main event of UFC Vegas 21, Edwards made his long-awaited return to the Octagon against Belal Muhammad who took the fight on short notice. Early on, Edwards was having success and landed a head kick that appeared to rock Muhammad. The Englishman clearly won the first round, but in the second round, Edwards poked Muhammad in the eye and the fight was over.

Although Edwards already poked Muhammad in the eye in the first round and was warned the fight was ruled a no-contest. Yet, according to Colby Covington, he believed Edwards should’ve been DQ’d.

“He still hasn’t fought for two years, he has a no-contest but by the way, that should’ve been a disqualification because he did poke the guy in the face in the first round,” Covington continued about Edwards. “And, backstage I know Herb Dean gave them a warning, hey don’t poke him in the eye because that is the instruction they give every time before you go out and fight. He should’ve been disqualified, I don’t know how that was a no-contest but that being said he still hasn’t fought in two years how he is still in the rankings? What’s the criteria?” 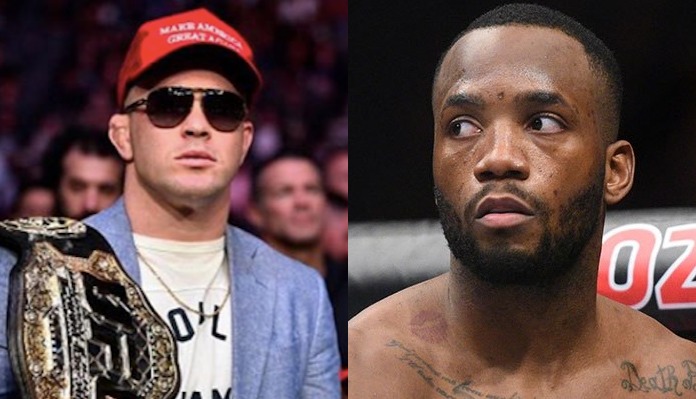 Colby Covington certainly has a point about Edwards being DQ’d given he already received a warning, the poke also resulted in the fight being over. However, Edwards only received a no-contest and is looking to get a big fight next time out and perhaps that will be against Covington.

Do you agree with Colby Covington that Leon Edwards should’ve been DQ’d against Belal Muhammad?